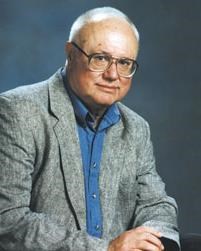 BORN
1932
DIED
2017
FUNERAL HOME
Smith & Heald Funeral Home
63 Elm Street
Milford, NH
December 1, 1932 - October 17, 2017 Richard E. "Dick" Morley died on 17 October 2017 of natural causes after a long, prominent and successful life. He was a resident of The Elms Center, 71 Elm Street, Milford, NH. Dick was born on December 1, 1932 in Clinton, MA the son of Harry L. Morley of Philadelphia, PA and Lillian I. (nee Vattes) Morley of Clinton, MA. As the "Father of Modern Automation" Dick Morley is best known as the Inventor of the Programmable Logic Controller (PLC), he was a pioneer who started numerous companies, including Modicon and Andover Controls (now Schneider-Electric) creating jobs for thousands of people. Dick was prouder of creating the jobs than his technological contributions. He also invented; the floppy disc drive, driverless trains commonly found in airports and ABS-braking systems just to name a few. Dick founded and led Bedford Associates, a think-tank focused on results that took on huge challenges and won. He was a leading visionary in the field of advanced technological development. To gauge this impact on our lives, over 90% of the computers on earth are PLC's and there are over 1200 companies manufacturing PLCs around the globe. Through "The Breakfast Club" the oldest group of Angel Investors in the world, Dick was a serial investor and entrepreneur whose consistent success in the founding of high technology companies was demonstrated by more than four decades of revolutionary achievements. Dick Morley was an MIT Gold Key, received the International Society of Automation (ISA) Life Achievement Award, was a member of the Process Automation and Measurement, Control and Automation Association Halls of Fame, was a Franklin Institute, Howard N. Potts Laureate (Computer and Cognitive Science) and received dozens of other accolades. He was awarded more than twenty U.S. and foreign patents including those for; the programmable logic controller, the parallel inference machine, the hand-held terminal and magnetic thin film (i.e., floppy disk). For many years Dick was; the Chairman of the Board of the National Center of Manufacturing Sciences (NCMS), Director at Large for the Society Manufacturing Engineers (SME) and a member of the Manufacturing Advisory Board for Worcester Polytechnic Institute (WPI). Using his studies in physics at the Massachusetts Institute of Technology (MIT) as a springboard, Dick Morley became an internationally recognized innovator in the fields of computer design, artificial intelligence, automation and technology trend forecasting. As an inventor, author, consultant and engineer he provided the Research and Development community with many world-changing innovations. For decades, Dick Morley was a contributing columnist to Manufacturing Systems Magazine. He wrote columns and articles for numerous magazines and journals worldwide including; Wired and Manufacturing Automation Magazine. In recognition for his ground-breaking contributions, Dick Morley received awards and honors from such diverse groups as; Inc. Magazine (Entrepreneur of the Year), Society of Manufacturing Engineers (Albert M. Sargent Progress Award) and numerous other awards. Dick Morley lived on a farm in New Hampshire for over 40 years. He worked out of a renovated barn on his property, where he ran his global consulting company R. Morley, Inc. and authored numerous innovative papers, magazine articles and books. The Annual "Geek Pride" events were held at "The Barn" in Mason, NH. His wife of 56 years Shirley A. Simpson predeceased him in June of 2012. Dick lost his son Robert A. Morley in 1995. He is survived by his daughter Patricia A. Letourneau of New Hampshire and step-son Michael Simpson of Rhode Island. Dick's Brother James Morley of Virginia predeceased him and his brother Robert Morley lives in Tennessee. In addition to their own children, through the Court Appointed Special Advocate (CASA) Program, he and Shirley raised over two dozen foster-children. They both loved skiing. Dick drove a 1995 Chevrolet Impala SS (true car folks will understand) and rode a Harley-Davidson motorcycle. He will be laid to rest beside his wife Shirley and son Robert in Mason, NH. Donations in Dick's honor may be sent to the Richard E. "Dick" Morley Innovation Scholarship endowed by The International Society of Automation (ISA) [https://isaautomation.isa.org/morleyscholarship/ ] to help bring more "geeks" like him into the world. Arrangements are in the care of Smith & Heald Funeral Home, 63 Elm Street, Milford, NH. To share a memory or offer a condolence, please go to www.smith-heald.com
Published by Los Angeles Times from Nov. 4 to Nov. 5, 2017.
To plant trees in memory, please visit the Sympathy Store.
MEMORIAL EVENTS
To offer your sympathy during this difficult time, you can now have memorial trees planted in a National Forest in memory of your loved one.
Funeral services provided by:
Smith & Heald Funeral Home
MAKE A DONATION
MEMORIES & CONDOLENCES
Sponsored by Smith & Heald Funeral Home.
4 Entries 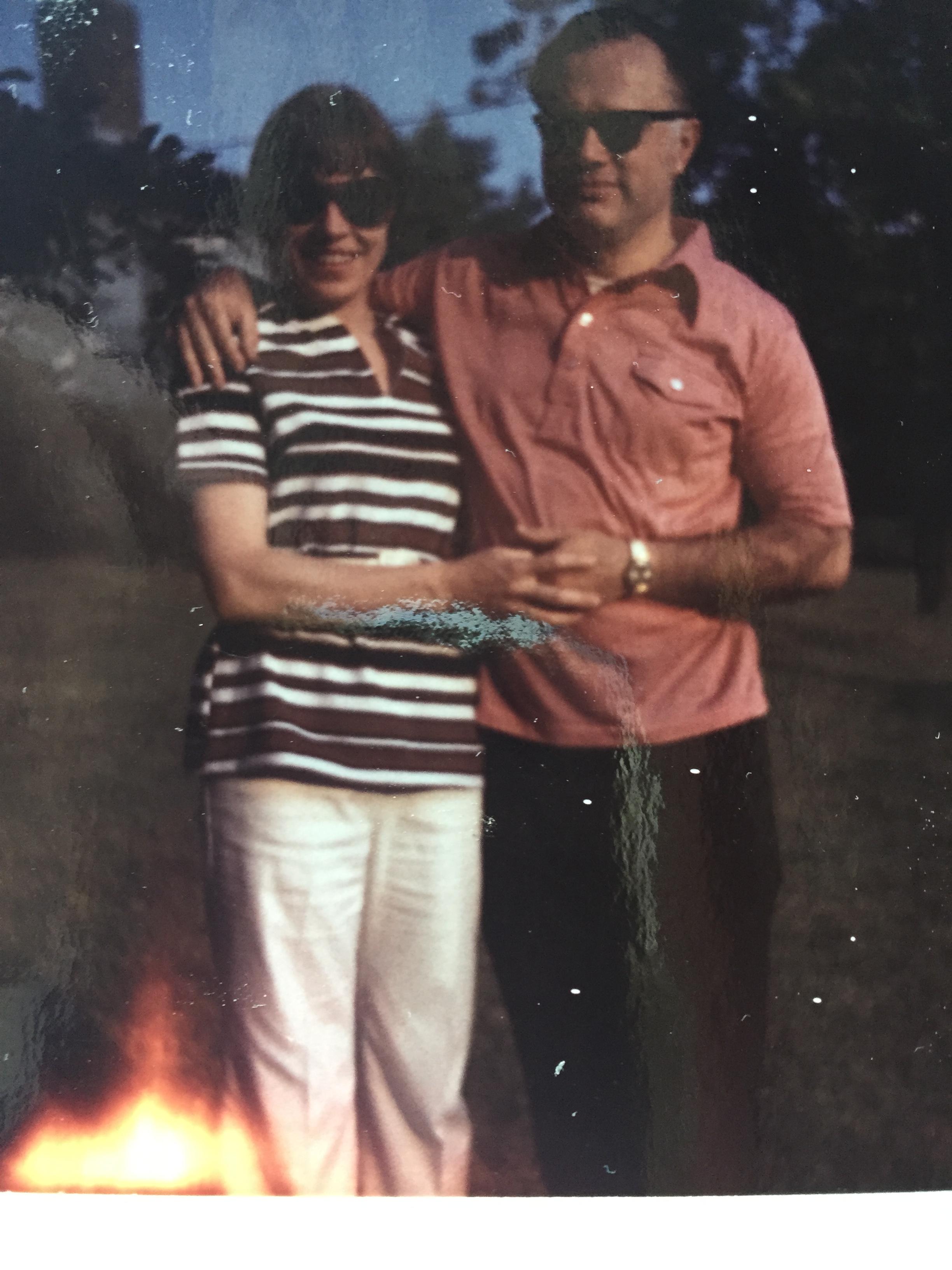 Beth Webb
Family
November 29, 2017
Just saw this, I was lucky enough to have had a long conversation with Uncle right before he went into assisted living. I was able to express my gratitude to him: for that I am very greatful.There is no question the world is a much better place, because of him
Beth Webb
November 28, 2017 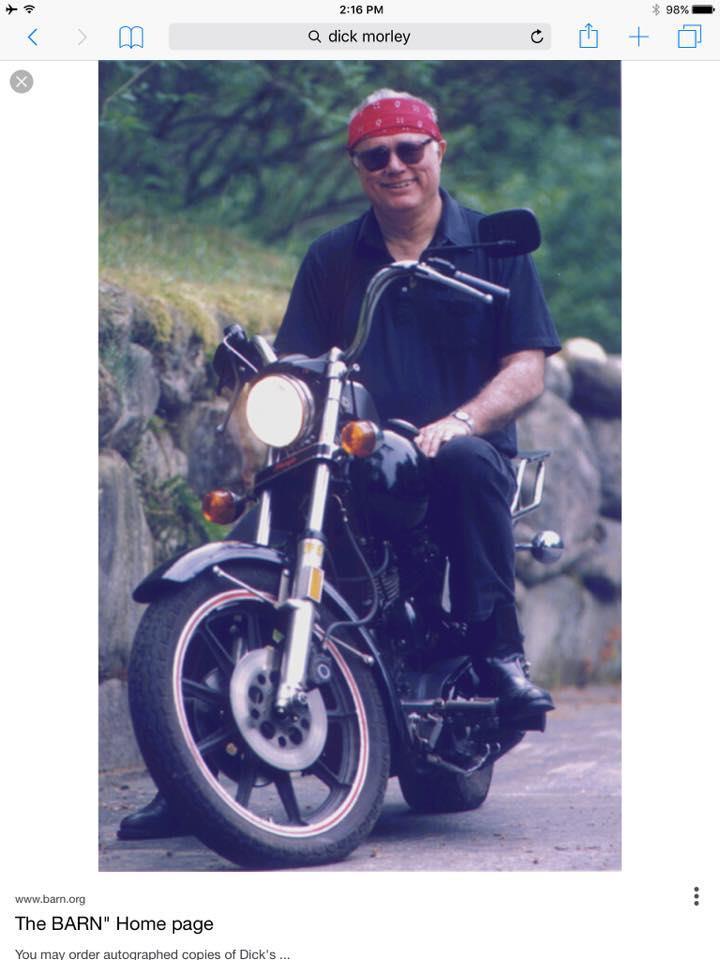 Dick was my friend and it was an honor to help him as he faced his final stage. I was blessed to be able to spend time with him almost daily for the last 5+ years, we watched movies (guy flicks all action no plot, lowest rotten tomatoes score) ate at his favorite restaurants, or I would sneak food and diet coke into his room for him, we talked about many subjects while he was never shy to acknowledge his technological efforts, Dick was happiest when he was on stage giving what he called a fireside chat, or riding his Harley, or just hanging out in The Barn the lifestyle that he allowed him to have the allusion of freedom from the cubicle life that would have stifled him. A small group of us would meet monthly to give him the stage that he so desired. Dick would carry on multiple conversations at the same time, he loved testing us and tying us up in thought. We all loved the comradery and welcomed the challenge every month with great enthusiasm. Ever the optimist, he was ready and curious to see what is on the other side and anxious to see Shirley and his son Bob again. Dick was a great man who lived his life on his own terms. He left behind an impressive list of accomplishments that have significantly changed the world we live in. I know that he changed my life and I will never forget him. I hope and pray that he can finally rest in peace. May God Bless Dick and all those who knew and loved him.
Charles Bosler
November 7, 2017
May the God of all comfort strengthen the family during this time of deep sorrow. Those who pass on, God keeps in his memory because they are precious in his eyes. My sincerest condolences. (Psalms 116:15)
November 4, 2017
Showing 1 - 4 of 4 results