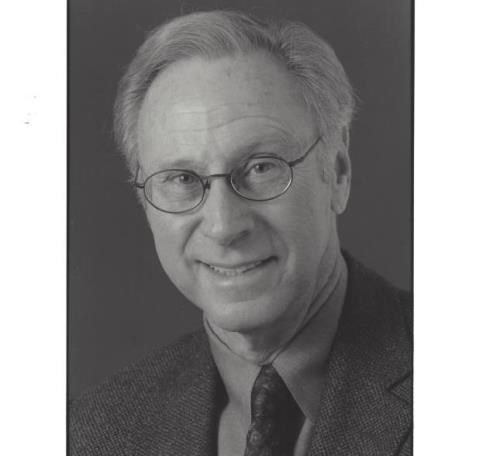 BORN
1935
DIED
2021
July 10, 1935 - August 9, 2021 An innovator in shaping the development of West Hollywood's commercial real estate, an internationally recognized area for art, design, fashion and more, Ronald S. Kates, died on August 9, 2021. Ron bravely battled pancreatic cancer for two years and quietly passed away at his home in Encino, California surrounded by family.Ronald, known to his family as Ronnie, and to his many friends and colleagues as Ron, is survived by his loving wife of 62 years, Adrienne, his daughter Pamela, his son Eric and daughter-in-law Michelle, his grandchildren Evan, Hannah, Brendan, and Lauren, his brother Jules and sister-in-law Lila, and numerous other family members, friends, and colleagues.Ron will not only be remembered for his charming smile, but for his quick wit and sharp intellect, as well as his considerable contributions as a pioneering developer of West Hollywood commercial real estate. Mostly, Ron will be remembered for the loving husband, father, grandfather, brother, and friend he was to so many. Ron was born on July 10, 1935, in the Bronx, New York. His family moved to Southern California when he was a young boy and eventually, the family settled in North Hollywood, CA. After graduating from North Hollywood High School, Ron attended USC Film School. During his time studying at USC, he was introduced to Bert J. Friedman, a commercial real estate broker in West Hollywood, CA. It was during this meeting that he realized this was his calling and he promptly changed course to join Bert J. Friedman and Associates in 1957. Ron and Bert began creating the pioneer leasing, management, and development company for commercial property in the neighborhood previously known as the Beverly-Robertson Design Center. In the early 1960's, the firm became the exclusive leasing agents for the new ten story International Design Center on Beverly Boulevard, the first high-rise concentration of designer showrooms. The building is now known as the ICM building. In 1967, the two became the exclusive agents for Robertson Plaza, a 200,000 square foot complex, devoted to the trade design. The building was later known as "The Pacific Theaters' Building". In 1970, the firm became the exclusive agents for the newly built Pacific Design Center, a project both Ron and Bert conceived as the first large-scale wholesale mart dedicated to the design trade. The PCD contains 725,000 square feet of dedicated space to the design community and continues to house 2,000 design trade professionals. In 1976, the company became Ronald S. Kates and Company where Ron continued to bring well-known designers to the West Hollywood area. In 1978 Janet Vandever joined Ronald S. Kates and company where she worked side-by-side with Ron for over 40 years. Janet now runs the company and will continue with Ron's vision for the commercial real estate industry. For more than 60 years, Ron dedicated his life to the real estate industry and to improving his community. He served on many boards and committees that contributed to the growth and development of West Hollywood. From 1989 until the time of his passing, Ron was a member of the Board of Directors for various charitable organizations as well as appointed to various governmental/business commissions and forums. He also was a banking, real estate, and investment consultant. When Ron wasn't working, he was spending his time with family and friends doing the many things he so enjoyed. For years, he spent time sailing his boat to Catalina. He loved the ocean and was a skilled captain. Ron traveled the world with his wife Adrienne visiting many beautiful and interesting countries. He loved having thought-provoking and deep conversations with his daughter Pam and scuba diving, river rafting and talking about real estate with his son Eric. Ron particularly looked forward to Hawaiian vacations with his children and grandchildren. He enjoyed taking many trips and spending time at his beach home with his loving brother Jules and sister-in-law Lila. He also spent time with his close group of friends on a yearly Puerta Vallarta trip which was always a favorite of his. Ron was an avid swimmer, was fascinated by astronomy, and loved the art of photography. Ron was a caring husband and a cheerleader and supporter of his children and grandchildren. He enjoyed his family, friends and lived life to its fullest and will be missed. In honor of his exceptional life and his memory, donations can be made to support the work of Dr. Hendifar by check to Cedars-Sinai Advancement, Attn: Laura Asok, 8700 Beverly Boulevard, Suite 2416 Los Angeles, Ca 90048 or via telephone at (323) 866-6893 or online at https://giving.cedars-sinai.make-a-gift. Please include "In memory of Ron Kates" with all donations.
Published by Los Angeles Times on Oct. 17, 2021.
To plant trees in memory, please visit the Sympathy Store.
MEMORIAL EVENTS
To offer your sympathy during this difficult time, you can now have memorial trees planted in a National Forest in memory of your loved one.
MAKE A DONATION
MEMORIES & CONDOLENCES
0 Entries
Be the first to post a memory or condolences.