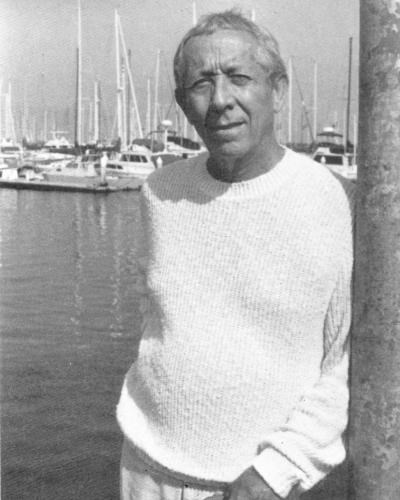 BORN
1923
DIED
2020
June 28, 1923 - July 28, 2020 Sidney "S.L." Stebel, novelist, screenwriter, playwright and the man Ray Bradbury called the "best writing teacher that ever was" died at home in Los Angeles on July 28. He was 97. Born in Sioux City, IA on June 28, 1923, he and his family relocated to Los Angeles in 1939. A member of the Army Air Corps, Mr. Stebel was stationed in the South Pacific during World War II and was a veteran of five seaborne combat landings. He enrolled at USC in 1945. In the fall of 1948, while scouting talent for a literary magazine, he met Mr. Bradbury. The two became lifelong friends and, in 1975, founding members of the Santa Barbara Writers Conference where Mr. Stebel's seminal workshop, "Finding Your Secret Story," was standing-room-only for years. For the past decade, he and his wife Karen have taught the workshop together. A lifetime member of the Writers Guild of America, Mr. Stebel was a script consultant for the film "Picnic at Hanging Rock," wrote a one-man play for Henry Fonda, "Fathers Against Sons," and spent eighteen years teaching fiction writing to graduate students at USC. He also taught a master class in screenwriting at the American Film Institute (AFI) and a writing workshop at Esalen Institute in Big Sur. "The Collaborator," his brilliant, imaginative novel about an Israeli Jew accused of collaborating with the Nazis, was published by Random House in 1968. "Spring Thaw," published by Walker and Company in1989, includes an afterword by Mr. Bradbury and conveys a strong ecological message. "Double Your Creative Power: Make Your Subconscious a Partner in the Writing Process," published in 1996, is an erudite, step-by-step guide to creating fiction that demystifies the process of successful storytelling. Preceded in death by his first wife, Jan Dingler Stebel, and daughter Patricia Hernandez, he is survived by wife Karen K. Ford, granddaughter April Calvarro and grandson Alejandro Hernandez of San Francisco, and sister Tola Minkoff of Palo Alto. A celebration of life will be held when it is safe to gather in person.
Published by Los Angeles Times from Aug. 8 to Aug. 9, 2020.
To plant trees in memory, please visit the Sympathy Store.
MEMORIAL EVENTS
To offer your sympathy during this difficult time, you can now have memorial trees planted in a National Forest in memory of your loved one.
MAKE A DONATION
MEMORIES & CONDOLENCES
9 Entries
A giant in the art of teaching writers. It only took one workshop for him to help me find my story. It was so easy for him...like waving a magic wand. All of us who are regulars at the Santa Barbara Writers Conference will miss his genius.
Sharon MaHarry
Student
August 10, 2020
Sid was a terrific mentor and teacher in USC's professional writing program who I was lucky enough to be befriended by in 2007 during my graduate program there, and with whom I enjoyed some outings together with his wonderful wife Karen, who I also became fast friends with and adore to this day. Sid was such a supporter of my work and my goals, and that alone often gave me confidence in my own abilities. I will miss him--I liked just knowing he was here, doing his thing, whether I saw him or not. He was the very definition of a mentch.
Stacy R Davies
Friend
August 10, 2020
We will miss Sid but he is always in our hearts
Patti and Craig
Friend
August 9, 2020
Seldom is someone's dignity so present that it blossoms love and kindness in those who cross paths with them. Your beauty remains to radiate through us all.
Tuna Bora
Acquaintance
August 9, 2020 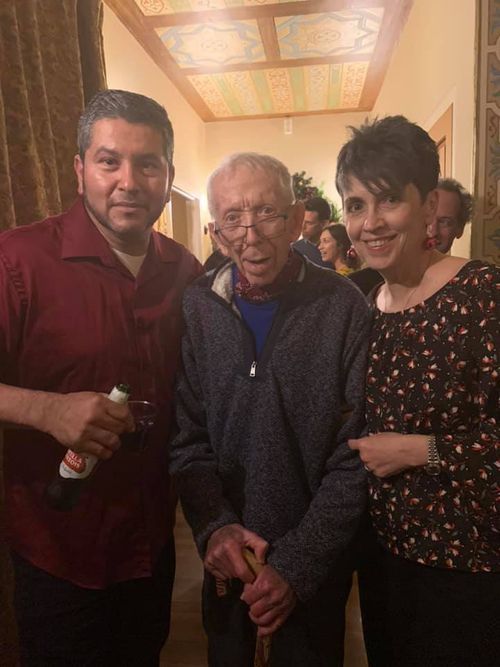 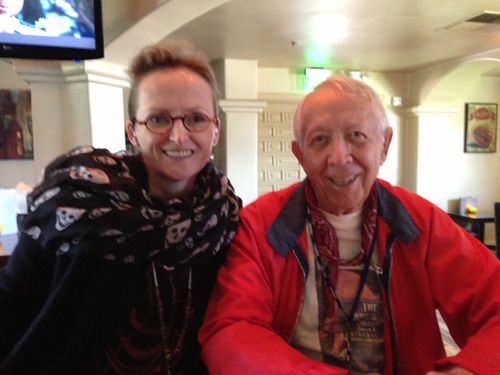 The world feels smaller without Sid in it. I can only be glad he was around as long as he was, and that I got to know him a bit. He tried always to help others reach their dreams. We've lost a truly generous teacher.
Lorelei Armstrong
Friend
August 9, 2020
Ray Bradbury was right. Sid was the "best writing teacher there ever was." I met him at the Santa Barbara Writers Conference nearly 30 years ago and never looked at literature, or movies, in the same way. You might not know what story you were trying to tell, but Sid did. That's why people called him the "story dowser." I will miss his laugh, his insight and his way of looking at the world. My heart goes out to his wife, Karen, who was his rock.
Marianne Dougherty
Friend
August 9, 2020 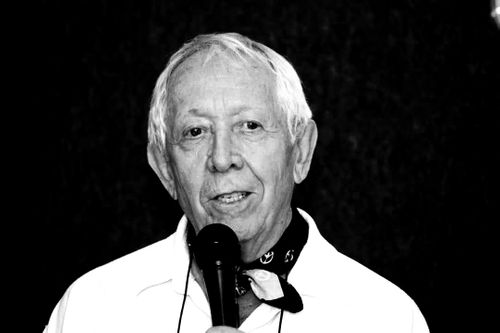 Our family and friends will miss you, Sid. The world has lost a very good man.
Celeste Cave
Family
August 9, 2020
Showing 1 - 9 of 9 results