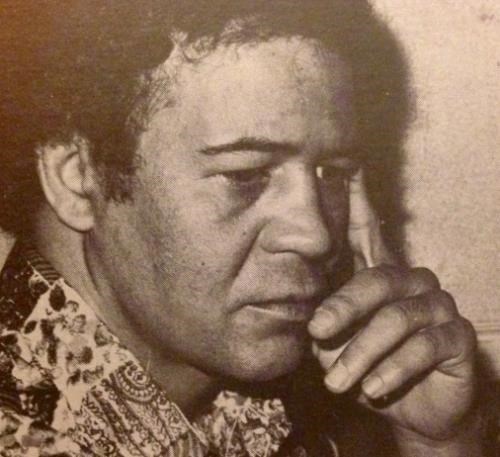 BORN
1936
DIED
2016
January 17, 1936 - July 16, 2016 Award winning author and playwright Silas Jones, of Los Angeles, Ca. passed away on Saturday, July 16, 2016 at the age of 80. Silas was born to parents John and Mary Jones on January 17, 1936 in Paris, Ky., the youngest son of 8 siblings. Silas attended Brentsville High School and soon afterwards joined the Air Force. Silas studied literature and creative writing at Washington State, LACC and Writers Guild of America's Open Door Program. He served as playwright instructor, for Wordsmiths (L.A. Cultural Affairs Dept.), dramaturge and consultant to various theaters and literary projects such as ASK Theatre Projects, UCLA, East/West Players and L.A. Central Library. His plays "Canned Goods", "God in Little Pieces", "American Medea", and "John Doe Variations" to name a few, have premiered at Arena Stage, the Mark Taper Forum, Penumbra Theatre, NEC off-Broadway, and other regional theatres. Scenes from his plays are frequently published in Smith and Kraus' annual The Best Stage Scenes. His children remember just how dedicated he was to bringing theatre to the community when he converted the garage into a theatre, teaching the neighborhood kids writing and acting. Silas's plays and short stories can be found on http://www.doollee.com/PlaywrightsJ/jones-silas.htm. Silas is survived by his 4 remaining siblings, his daughters Silentia Slaboch,Toy Jones, Rebecca Trac, son Khem-Ward Jones, granddaughter Zoe, and fiancee' Julie Hunter. In honor of his memory, the family would like the public to support their local theatre and other artists who believe in their craft, and never stop creating. A private service will be held in his hometown of Ky, where his ashes will be buried with his parents at Cherry Grove Cemetery, Cynthiana, Ky.
To plant trees in memory, please visit our Sympathy Store.
Published by Los Angeles Times from Aug. 19 to Aug. 22, 2016.
MEMORIAL EVENTS
No memorial events are currently scheduled.
To offer your sympathy during this difficult time, you can now have memorial trees planted in a National Forest in memory of your loved one.
MEMORIES & CONDOLENCES
2 Entries
Silas was great. Real. A true supporter. A believer in the power of great art, and a staunch friend. I considered him my mentor and am devastated by his loss. He was a great man, and I will always remember him fondly. The last time I spoke to him was about 2 years ago, and he was just as sharp and real as ever, telling the truth as only he could. I loved him dearly. My heart aches for your loss. May God cover you and your family this holiday season. Nambi E. Kelley
Nambi Kelley
December 23, 2016
To the family of Silas Apoatle Jones, I am so sorry for your loss. I'm sure you will miss him dearly. Please find comfort in knowing one day we will see our loved ones again. John 6:40. Matthew 5:5.
Alphonso
August 20, 2016
Showing 1 - 2 of 2 results