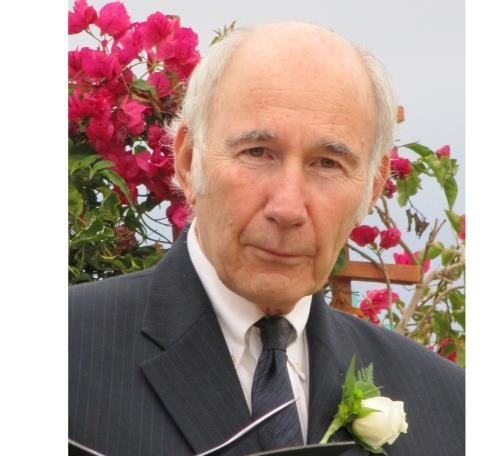 BORN
1936
DIED
2021
October 31, 1936 - September 30, 2021 Stephen Fainsbert was born in Jamaica Estates, New York, to Bertha Shultz and Maurice Fainsbert and he had one older brother, Charles (Chuck). Steve's childhood was difficult; both of his parents passed away by the time he was 15 years old. After his parents' deaths, he was sent to Kimball Union Academy, a private boy's school in New Hampshire, to finish high school. Despite these early traumas, Steve excelled, always relying upon his natural wit, intelligence, and charm -- traits that helped him succeed throughout his life.Having received a scholarship to attend the University of Pennsylvania, Steve told the story that when going to the school as a freshman he traveled alone on the train. Other students had families bringing them to college, but Steve got off the train entirely alone and walked to the University with his luggage in tow to start his new college career. Always a strong student, Steve regularly made the Dean's list and went on to graduate from the prestigious Wharton School at UPenn; after which he received a master's degree in Economics from Michigan State University.Steve was proud to have served as a Captain in the US Army. He said he learned skills in the military that served him well throughout his life. After his service, Steve moved to Los Angeles and began his professional career at the prestigious Rand Corporation in Santa Monica -- where his expertise in both economics and the military made him a valued member of this elite think tank's team. After three years at Rand, Steve entered UCLA Law School. Steve became a very successful real estate lawyer, getting his start in the South Bay as a partner in his own firm. In 1987, Stephen became a founding partner in the West Los Angeles law firm of Fainsbert, Mase & Snyder, LLP, and practiced there for over 25 years. The firm remains in operation as Fainsbert, Mase, Brown & Sussman, LLP. Stephen was an expert on many topics, particularly tax deferred exchanges, and was very proud to have co-authored the first comprehensive book on Tax Deferred Exchanges. Steve loved teaching and taught classes on real estate law to aspiring lawyers as well as numerous continuing education classes at El Camino College in Torrance. Greatly admired by his colleagues, Steve took pride in the many recognitions and awards he received as a premier lawyer in Southern California. Among the accolades was an award from the California Bar Association for his 50 years of excellence as a lawyer, and Los Angeles Magazine's list of Top Lawyers in Los Angeles included Steve in their Super-lawyer list year upon year. Steve was always respected as a highly reputable and honorable lawyer and human being.During his early years in Southern California, Steve became a much-loved member of his extended family, the Goodhills. Aunt Fay Fox became like a second mother to him and her brother, Dr. Victor Goodhill, became a beloved uncle. Throughout the years, Steve was a loyal and loving family member.Steve's former wife, Renee, passed away of cancer in 2007. He was blessed to find love again with Sharyl Overholser whom he married in 2010. Together they retired in 2011 and moved from LA to their dream home in San Luis Obispo high on top of a hill with panoramic views for miles and miles. Steve and Sharyl had a wonderful life there, they joined the local bicycle club and for next seven years they loved life and rode the century rides. Steve loved his home, giving great parties and riding his bike all over San Luis Obispo County.Sadly, Steve learned that he had Alzheimer's Disease; so he and Sharyl sold their beautiful home in San Luis Obispo and moved to Westlake Village to be closer to family and "golden" friends. He still kept riding his trike right up to the end of his life.Steve is survived by his wife, Sharyl Overholser, his sister-in-law, Lucie Fainsbert; nieces Amy Schreer, Debra Segl, Brenda Fainsbert and grand-nephew Benjamin Coons. Additional surviving family members are Dean, Barbara and Lynne Goodhill, Gina Goodhill Rosen, Spencer Ockwell, Marissa Goodhill Karasev and Lily Ockwell. Steve Fainsbert was a brilliant, kind, and generous man who will be deeply missed. A memorial service will be held at Hillside Memorial Park, in Culver City on Sunday October 31st at 2:00 in the afternoon. This date would have been his 85th birthday. In lieu of flowers, donations may be made to the Alzheimer's Association.
Published by Los Angeles Times on Oct. 16, 2021.
To plant trees in memory, please visit the Sympathy Store.
MEMORIAL EVENTS
Oct
31
Memorial service
2:00p.m.
Hillside Memorial Park
Culver City, CA
MAKE A DONATION
Please consider a donation as requested by the family.
MEMORIES & CONDOLENCES
1 Entry
You were a wonderful person. A good friend and mentor many years ago. You will be missed.
Doug Walton
October 18, 2021
Showing 1 - 1 of 1 results