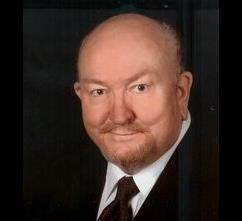 BORN
1934
DIED
2016
January 17, 1934 - June 23, 2016 It is with a very heavy heart that today we announce the passing of a local legend, actor, proud Scotsman, and wonderful family man, Stuart Nisbet. "Stu" Nisbet, age 82, passed peacefully into the arms of our Lord on June 23, 2016, at Verdugo Hills Hospital surrounded by his loving family. Stuart was born on January 17, 1934 in Los Angeles, California to Emmet and Hazel Nisbet. He spent his early childhood in Bakersfield, CA and then moved to Glendale, where he spent the rest of his years. Stu studied Theatrical Arts at Los Angeles City College and at California State University, Los Angeles. After landing his first acting job in 1960, he then pursued a career in live theatre and television.This successful career spanned nearly six decades. To his acting credits, Stuart will be remembered for his many movie roles in films, such as "The Graduate", "Earthquake", "Oh God", "The Fabulous Baker Boys", "Lucky Lady", and "Casino". He will also be remembered for his many recurring television roles in beloved classics such as "Dragnet", "The Virginian", "Bonanza", "Dennis the Menace", "Little House on the Prairie", "L.A. Law", "The Dukes of Hazzard", and "The Golden Girls". He also was the co-founder and owner of Baker-Nisbet, Inc. in Hollywood, California, a very successful casting agency for 24 years. Stuart was extremely proud of his Scottish heritage and served as the President of the Nesbitt/Nisbet Society of North America for many years. His true passions included family, acting, and travel, having experienced much of the globe with his loving wife of nearly 55 years, Nancy Nisbet. Together, they traveled the four corners of the earth and the seven seas. To Stu, laughter was key, and as such, he was a dedicated member of several local improvisational Hollywood comedy groups. He is survived by his wife, Nancy; his children, Bill, Linda, and Scott; his grandchildren, Shane, Shilo, Brandy, and Hope; and his children-in-law, Denny and Delia. He loved to laugh, And lived to love¿ Oh, how he made us laugh! This special man is sorely missed by the many people who cared deeply for him. Rest now sweet Angel, we shall meet again! A private family celebration of Stuart's life will be held at 1443 Dorothy Drive, Glendale, CA 91202 on July 9th.
To plant trees in memory, please visit our Sympathy Store.
Published by Los Angeles Times from Jun. 30 to Jul. 1, 2016.
MEMORIAL EVENTS
No memorial events are currently scheduled.
To offer your sympathy during this difficult time, you can now have memorial trees planted in a National Forest in memory of your loved one.
MEMORIES & CONDOLENCES
3 Entries
I was sorry to hear of Stu's passing. we were birthday buddies & I hoped to see him again some day. I lost my Dad last year so I know how the family feels. He will live on in reruns!
Sharon Harris
September 20, 2016
A wonderful actor who lent great realism to the parts that he played. He will be missed.
Janet Grace
August 6, 2016
Very saddened to learn of Stu's passing. I remember him very well from such as shows as The Twilight Zone, Dennis the Menace, Gomer Pyle: USMC, Death Valley Days, Gunsmoke and from many movies also. My favorite roles were his appearances on Dragnet. Stu was a fine actor with great range in both comedy and drama. He was especially very convincing at portraying authority figures. My deepest condolences to the Nisbet family but Stu's work will still live on.
charles hunt
July 1, 2016
Showing 1 - 3 of 3 results