BORN
1928
DIED
2013
KNIGHT, Vick, Jr. 1928 - 2013 Educator and playful, witty rascal. Born Lakewood, Ohio, rooted for many years in Hollywood, California. Attended Gardner St. School, Bancroft Jr. High and Hollywood High. In the forties, he delivered the Hollywood Citizen News and also flowers for Benny the Parisian Florist where he socialized and perfected his gift of gab. Enlisted in US Navy and served with Armed Forces Radio Services in Hollywood during WW 2. With help from the GI Bill, Vick went to USC (their biggest fan!) and was affiliated with Skull & Dagger, Phi Sigma Kappa, Theta Nu Episilon and E Clampus Vitus. Vick's career in California public education dates to 1952 when he first taught sixth grade in Pico Rivera. He taught in Whittier, Placentia and Yorba Linda and also served as Principal, Superintendendent of Schools and University Dean. Vick was named Distinguished Citizen, awarded the Kiwanis International Legion of Merit and one of California's Fine Outstanding Young Men. He was a popular and effortless public speaker and created The West Atwood Yacht Club where he served as Commodore J. Herringbone Tweed. Among his books are Send for Hayam Solomon, My WORD and the irreverent spoof Snakes of Hawaii. After retirement, Vick served Children's Hospital of Orange County as Director of Development. Like fine wine, Vick got better as he aged. He became an Outstanding Old Man, a life-long learner who completed his doctorate and went on to study Ancient Mayan culture at numerous Central American sites, travelling with UCLA, Howard University and New York State University. A new chapter began when he moved to Canyon Lake where he served 13 years on the Lake Elsinore Unified District Board ofTrustees and was elected to the Riverside County School Board in 2004 where he later served as President and retired in 2012. Dr. Knight Founded the Friends of the Library at UC Irvine. Predeceased by his parents Vick and Janice Knight (Hollywood). Survived by his devoted wife Carolyn, his children Steve Knight (Cathy) and Mary Frauenthal (Michael) and their mother Beverly Levato, his daughters Kathy Blakemore (John) and Meri Faria (Skylar) and his sisters Ginny Knight and Nancy Kelly (Robert) and eight grandchildren: Molly Knight, Dr. Virginia Frauenthal, Sarah Knight, Devin Marine Knight, Carlee Blakemore and Hannah, Skylar Jr. and Madison Faria. He is also survived by his faithful pup Peggy Lou and his loving caregiver Tania. After loving life for eighty five years, Vick died peacefully surrounded by a houseful of love in Canyon Lake, California, December 5, 2013. In lieu of flowers, the family would appreciate donations to the Vick Knight Community Library, 32593 Riverside Drive, Lake Elsinore, California 92530. Celebration of Life pending.
Published by Los Angeles Times on Dec. 8, 2013.
To plant trees in memory, please visit the Sympathy Store.
MEMORIAL EVENTS
Dec
28
Celebration of Life
11:00a.m.
Canyon Lake Community Church
30515 Railroad Canyon Road, Canyon Lake, CA
MAKE A DONATION
MEMORIES & CONDOLENCES
13 Entries
I remember when he came to my elementary school in cypress, Ca. Vessels elementary. I found out he worked with my mother at St. Joseph hospital. I told my mom I met him. The next day she came home with "Earl the Squirrel". I was so thrilled! I am 48 and still remember the inscription. " To Jennifer. May she and her friends at vessels elementary never meet a squirrel as silly as Earl!" I treasure it to this day.
Jennifer Shearouse
October 31, 2016
It was with great sadness that my good friend told me of Vick's passing. I wish the entire Knight family and those who knew him much better than I, peace in this time of loss. Vick left many fond memories with this Marine's family that have always been a joy to recall. Vick, rest well now your watch is complete. Semper Fidelis Shipmate!
Woody B
February 10, 2014
A great Mason and a wonderfully generous friend.
Randy Freeman
December 22, 2013 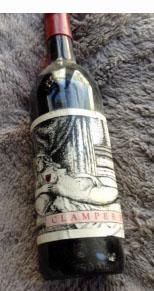 Vick enlisted me to be a wine taster for his PE wine column. I made the mistake of choosing his wine as the best. He fired me as a taster and gave me the wine which I still have. I remember our time as hosts of "Talk of the Town". A wise and kind man.
Allen Baldwin
December 15, 2013
Oh, how I remember The West Atwood Yacht Club--especially as written about in the Placentia Courier by Cec Rospaw, our neighbor on Sheree Lane.
VHS Class of 1966
Mary Reed
December 13, 2013
I'm thankful for the wonderful memories I have of Mr. Knight as our principal of Kraemer Junior High School. I was part of the student government there and appreciated his time and example to each of us. As an adult I've read his book, The Night the Crayons Talked," many times to my own children and grandchildren. With sincere appreciation.
Toni (White) Moncrief
December 13, 2013
I worked for Vick for a while at CHOC shortly before he left there. It was a wonderful experience. He will surely be missed!
Sandy Hazeltine
December 13, 2013
Please share your thoughts and remembrances on our facebook page:

https://www.facebook.com/pages/Remembering-Dr-Vick-Knight-Jr/557976594294923
Kathy Blakemore
December 12, 2013
I enjoyed knowing you Vick and am proud of my honorary membership in the West Atwood Yacht Club.
Gary Bell
December 10, 2013
A great man that I was privileged to know and to be allowed to call "my friend". Will never forget you, Vick!
Geff Tailor
December 10, 2013
What a great humanitarian and all around wonderful person. I am honored to have known you Vick. Thanks for the memories!
Denise Woolsey ( Lake Elsinore, Ca)
December 10, 2013
Bon Voyage, Vick! It was a pleasure to serve with you on the PUSD School Board when you were Asst. Superintendent. You even taught my kids how to determine the sex of a turtle! Amazine!
Jean Pappas
v
December 9, 2013
Vick Knight, you will be missed by many.
LinaDa Hoffman
December 8, 2013
Showing 1 - 13 of 13 results