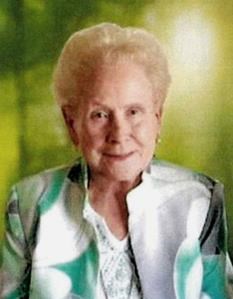 BORN
1823
DIED
2021
ABOUT
Artesia High SchoolGahr High School
July 18, 1823 - September 9, 2021 Born July 18, 1923 in Fullerton, California to Aubrey and Louise Messer-Finley. She was raised in Norwalk in a home that her father Aubrey built. Aubrey worked in the petroleum industry as a carpenter for Flying A (Mobil) Oil in Santa Fe Springs and Louise was a housewife. They had 2 children, Raymond and Bettye. Bettye attended Norwalk Grammar School where she was in the school band. She graduated from Excelsior High School. It was at Excelsior where she met her husband Warren "Gene" Eugene Padelford, who was from neighboring Artesia. Bettye was quite the athlete while at Excelsior and lettered in Field Hockey and Softball . After High School she attended Fullerton Jr. College and received multiple certificates in accounting courses. She worked at Bank of America in Norwalk until she transferred to the LA branch and rode the red line or bus to work. She enjoyed the excitement of working downtown. ... Bettye married Gene in 1944 while he was serving in the Army during WWII. He was able to get a 3 day pass and came home to a wedding put together in a matter of weeks with Bettye wearing her friends dress. It was a whirlwind event that started a 57 year journey for Bettye. They settled right after the wedding in Fort Lenard Wood, Mo. Their Honeymoon was the drive from Norwalk to the base along with Genes Sargent who hitched a ride back to base. Eventually they ended up back in Artesia where Doug was born in 1948. They built a home in Anaheim on the corner of Ball Rd and Dale Ave. which was all avocado groves at the time. By this time Bettye was the bookkeeper for A.J. Padelford & Son, Inc. Back then Anaheim seemed very remote for Bettye, so in 1950 they built their home on the corner of 183rd Street and Summer Ave. in Artesia, on a 10 acre orange grove. She was very proud of her new home. Their son, Daniel, came along in 1954 and then daughter, Diane, in 1956. One stipulation for this new home, that there was an office for her to run the construction business. So as the children grew Mom was in the house just a closed door away. Bettye was a working mother when it was not a common thing. All of her neighbors were stay at home Moms. The office remained in the home until the children were in high school. Bettye enjoyed her new neighbors and Summer Ave. as it was developed from orange groves to housing. Bettye would live in this home until her last breath which is want she wanted. After Gene passed in 2001, Bettye remained active in the community thru the Artesia Cerritos United Methodist Church where she was involved with the Mother Daughter Luncheon and VBS. She was an active member of the Artesia Historical Society. She enjoyed traveling with her friends and entertaining events in her lovely yard. When the City of Artesia was incorporated there was no City Hall, so Bettye's home served as City Hall for a short period. She was very involved with the City of Artesia as the 1st First lady of the City as well as Contract Cities. The City responsibilities included the Chrysanthemum Festival, Miss Artesia Pageant, holiday events. She also was a member of Woman's Club. Sports were something Bettye and Gene enjoyed throughout their marriage. They followed their 3 children Douglas thru his Artesia High School water polo, Daniel thru his Gahr High School Football and wrestling and Diane thru her Cheer leading at Gahr High School and Cerritos College. Bettye belonged to the boosters at Gahr High School and Cerritos College for years. During Football season Bettye could be found feeding the teams along with the other Mothers. She loved her children and being involved with their activities. Bettye was also a supporter of the USC Trojan Band which her grandsons are very involved. She was an excellent seamstress and made all of her daughter's formals. These were not dresses from patterns but drawings on scraps of paper. She was always a good sport about it! She also sewed numerous curtains for the Historical Society Museum. All three of her children and one grandson where married in the front yard of her family home and she loved sharing the beautiful home and yard with others. She extended that love to all her grandchildren and enjoyed the various recitals, sporting events, concerts and parties. Preceded in death by her son, Douglas, Bettye is survived by daughter in law, Anita; grandsons, Brian and Brett Padelford; son Daniel, and daughter in law, Diane; granddaughter, Dale Padelford and daughter, Diane; son-in-law, Clayton; and grandsons, Jacob and Lucas Young. A celebration of Life will be held October 30, 2021 @11:00 at Artesia Cerritos United Methodist Church 18523 Arline Ave. Artesia, CA 90701