FUNERAL HOME
Mckenzie Mortuary Services
3843 E Anaheim St
Long Beach, CA
Mark Nestor Gaulin of Long Beach California, passed away peacefully at home on September 22, 2021 with his family by his side after a hard-fought battle with cancer. Johnathan Lockwood Huie wrote "We attract abundance when we ask from a compassionate heart," Mark was certainly the owner of a compassionate heart. He was a kind soul, loved by everyone! Mark is survived by his beloved husband of 22 years, David V. DuPont. He is predeceased by his parents, Nestor J. Gaulin in 2017, and Eleanor P. Gaulin in 2020, both of Millbury, MA. He is survived by his sister, Kim M. Lauder; brother, Kevin D. Gaulin and his wife, Jo-Anne all of Millbury; niece, Nicole R. Gaulin; her husband, Dan; and their son, Gavin of Ashland, Massachusetts. In addition, Mark is survived by his sister-in-law, Michelle D. Service and her husband, Bill; nephew in-law, Justin Trent and wife, Cambria, their two children, Apollo and Harrison, nephew in-law, Wesley Service and his wife, Rowan, nephew in-law, Bruce Service all of Eugene, Oregon. He is also survived by brother in-law, Daniel R. DuPont and his wife, Kari, their daughter, Kassy Walter; her husband, Eric and their two children, Emilia and Cohen, and Mark's nephew in-law, Josh DuPont, all of Fresno, California. Several companies attempted to recruit Mark upon his graduation as an Industrial Engineer from the University of Lowell, in Massachusetts. He ultimately accepted a position at Dana Corporation in California. He later went on to work for Mazda and spent the bulk of his career at American Racing Wheels. The last position Mark held as an industrial engineer was with a food manufacturing company by the name of "Two Chefs on a Roll". While in college, he worked for a summer at the General Motors Manufacturing Plant in Framingham, Massachusetts where his father had a lengthy career. Mark and his husband David had a lifelong interest in vintage cars. They were both members of the Southern California car club, Great Autos of Yesteryear. In addition, Mark was a member of a local Packard car club. As you can imagine, he was an outstanding mechanic! Mark fostered an atmosphere of cooperation and fun. He loved to joke and have a good time. His idea of quality time was takinge out one of his prized cars or enjoy dinner with friends and loved ones. He also valued history and was very nostalgic. Mark had an excellent memory when it came to the age of family or friends. He was extremely observant and seldom missed any point of significance. You could always count on Mark to remember events and circumstances. Mark will be greatly missed by his family and friends! In lieu of flowers, contributions may be made to the Lymphoma Research Foundation, 88 Pine Street. Unit 2400, New York, New York10005, phone 212-349-2910, or on the web at lymphoma.org A memorial will be held at 1:00PM on Saturday, October 23, 2021, at McKenzie Mortuary, 3843 East Anaheim Street, Long Beach, California, 90804 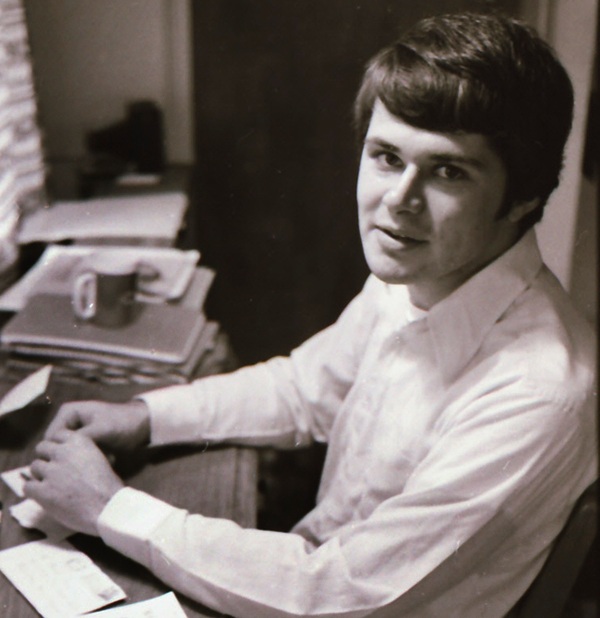 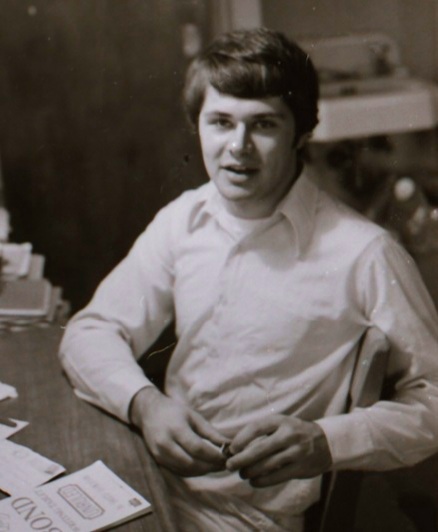 Richard Allen
Friend
October 14, 2021
Sept. 1978 Mark, age 20, visiting me in Smith Hall dormitory, at University of Lowell, MA
Richard Allen
Friend
October 14, 2021
My condolences to Mark's dear sister Kim,  brother Kevin and husband David. Words cannot express how we feel at a time like this. Mark was a strong spirit and a brilliant light in our lives. Mark made bold courageous decisions about how he wanted to live his life, and where he wanted to live his life and he did it. He lived his life choices with great joy and without hesitation or indecision. And he never looked back. In his U- Lowell dormitory in the 1970s, Mark was the friendly spirit who was always first to introduce himself and greet new students. A very talented auto mechanic who held high standards of quality, Mark insisted that work never be done unless that it could be done right.  His memory of automotive historical facts, and the dates, ages, anniversaries etc., of his friends, family, famous actors etc, was flawless  ... when Mark declared the correct information you could bank on it. As a teenager Mark spent quite a bit of time with his grandmother Nana White.  And helped with his grandfather's tire shop. Around the house Mark preferred not to speek in normal tone.. He was always imitating and embellishing abd adding flair to everything he said.  Often imitating some one from his life,  or an actor or an actress as he spoke. Always adding color and flavor to ordinary conversations. He knew the expressions and intonations of many people and he imitated them constantly. He often imitated, in a loving way his Nana  White and his Polish grandmother Babcia. Market deplored the mundane, the predictable and the conventional. For him conversation was an art form. Mark loved his Nana White so deeply and so passionately. He imitated her gestures and expressions, always with a smile and laughter. Mark  carried on much of his Nana's bright happy spirit in his own soul and personality. Mark loved certain musicians Ethel merman and others and would listen to the music over and over again. He knew every note every word. I met Mark when he was 18 fall 1976. I was a freshman at the University of Lowell washing my clothes for the first time on the 8th floor of Fox Hall, and there  in the dooway was a smiling friendly guy saying hi, I'm Mark. He asked if I needed any  help with the washers. It was October of 1976. And he changed my life for the better and forever. I will miss Mark dearly for the rest of my days. Marko, you will be in my heart eternally ... Love always my young bold spirited  musical friend.  - Ricko
Ricko
Friend
October 12, 2021 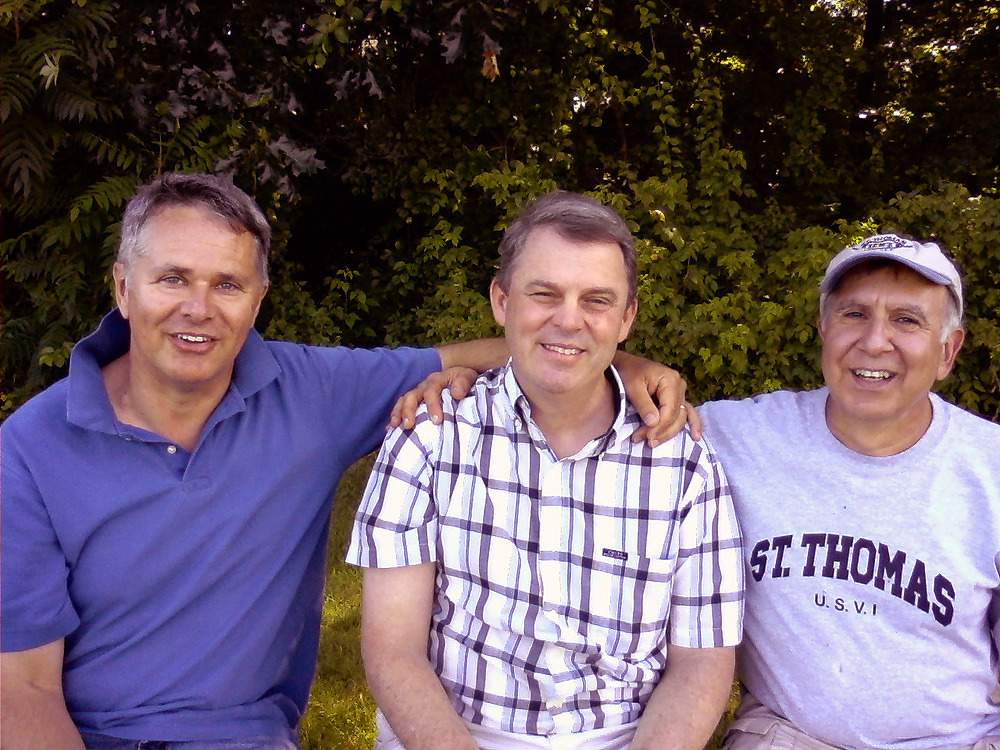 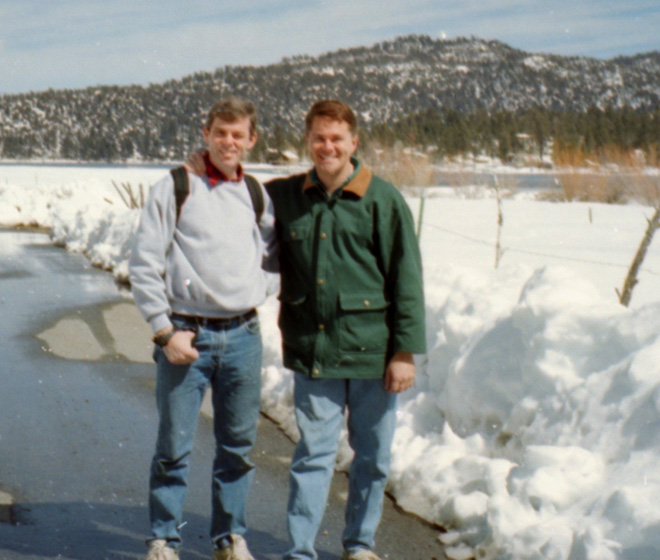