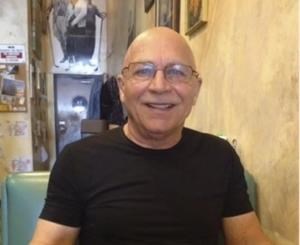 BORN
1944
DIED
2020
September 9, 1944 - May 3, 2020 Patrick L. Reed, age 75, of Long Beach, CA, owner of Blacksmith's Corner, passed away on May 3, 2020 at home. He was born in Yakima, Washington on September 9, 1944. After high school, he enlisted in the Marine Corp and served in the Vietnam War from 1964-1970. Once honorably discharged, he attended college briefly and became a Farrier. In 1972, Pat opened Blacksmith's Corner Feed & Pet Store in Bellflower. He worked very hard to build his business and 48 years later it's still a well known and loved establishment in Bellflower. Throughout the years, he had always studied Martial Arts. At age 70, he received his first black belt in Aikido and then received his second black belt at 72. Pat was a very generous giving man. Patrick cared about his employees and his community. He was passionate about politics. He did what he could to make this world a better place and did so by quietly helping the homeless and would often help the kids in the neighborhood by putting them to work to avoid being on the streets. On Friday's, you would always find him and his buddies from Aikido at the Village Cafe having breakfast. He was a loving husband, father and grandpa. He will be dearly missed by those who knew and loved him. He is survived by his wife, Wendy Reed of Long Beach; his children, Patrick Shane Reed and Stacy Cano; seven grandchildren, Ashley, Jessica, Michael, Dillon, Ryan, Alysa and Jacob; two great grandchildren, Abrianna and Arya; brother, Michael Reed; niece, Audrey and nephew, Brian; and father-in-law, Gerald Chase. A Celebration of Life will be announced at a later date.

To plant trees in memory, please visit our Sympathy Store.
Published by Press-Telegram on May 20, 2020.
MEMORIAL EVENTS
No memorial events are currently scheduled.
To offer your sympathy during this difficult time, you can now have memorial trees planted in a National Forest in memory of your loved one.
MEMORIES & CONDOLENCES
Sponsored by Press-Telegram.
1 Entry
He was a very generous and caring man! I regret that we did not get to see more of each other during the years, but I did know I could count on him for anything! We were first cousins, but the few times we were together we had a heck of a lot of fun! Rest in peace, and remember all the lives you touched! Love your cousin, Johnne`
Johnne' R. Nelson
Family
June 14, 2020
Showing 1 - 1 of 1 results