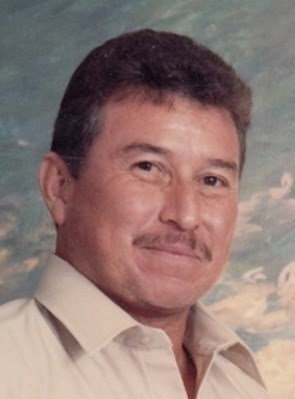 La Mesa - It is with deep sadness and heavy hearts that we announce the passing of our beloved, husband, father, brother, grandfather, uncle and friend, FRANK LUCERO DURAN, age 73, of La Mesa on Monday, April 20, 2020 at his home. He was born March 27, 1947 in Las Cruces to Ramon and Consuelo Lucero Duran. Frank retired as an E7 Master Sergeant from the United States Army after thirty years of service. Frank was a battery 5th BN 200th ADA in Albuquerque. He worked as a Mechanic at OMS 3 as a Staff Sergeant and at the Roland as a Motor Sergeant. He was a member of the Roman Catholic Church.

Those left to mourn his passing include his loving wife of forty-two years, Alicia Salinas Duran of the family home; four daughters, Mia and Angie Duran of La Mesa, Gracie Lessman (Mark), Beatrize Hernandez both of Las Cruces; son, Richard Terrazas of Las Cruces; two brothers, Willie Duran (Petra) of Las Cruces and Bobby Duran (Dolores) of Mesilla Park; a sister-in-law, Anita Duran; his mother-in-law, Herminia Salinas. Other survivors include four grandchildren, two great-grandchildren as well as numerous nieces and nephews. Frank was preceded in death by his parents, most recently his mother on November 28, 2019; two sons, Frank Jr. and Joe Duran; a brother, Mike Duran and other family members.

Due to Covid-19 limitation on capacity of attendees will be restricted to immediate family only: (No more than five people). Live stream will begin at 1:30 PM Monday, April 27, 2020 at www.bacastream.com as licensed by the National Funeral Directors Association.

The Duran Family has entrusted their loved one to the care of Baca's Funeral Chapels of Las Cruces, 300 E. Boutz Road, 527-2222 Your exclusive provider for "Veterans and Family Memorial Care." For online condolences logon to www.bacasfuneralchapelslascruces.com 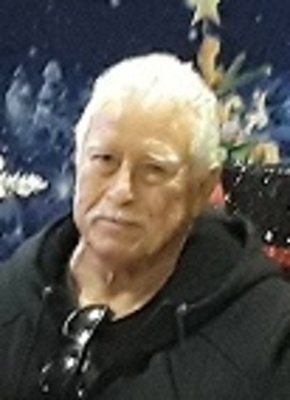 Published by Las Cruces Sun News from Apr. 24 to Apr. 26, 2020.
To plant trees in memory, please visit the Sympathy Store.
MEMORIAL EVENTS
Apr
27
Service
1:30p.m.
www.bacastream.com
IL
Funeral services provided by:
Baca's Funeral Chapels
MAKE A DONATION
MEMORIES & CONDOLENCES
Sponsored by LCsun-news.com.
16 Entries
Our sincere condolences to Licha, Mia, Angie, Willie and family. Words cannot express the pain of loss of our beloved cousin, Frank. We will miss his stories, smiles and good times shared with him. May the Lord comfort his family with the many memories he left behind and comfort you with strength and guidance through the difficult times. Rest in Peace dearest cousin.
Cecila & John Ayers
Family
June 9, 2020
My hubby and I want to express our deep condolences to Franks wife and family. Frank was my classmate in middle and high school. Although we were not very close, we met again at the El Paso VA where we both worked. Frank was a kind yet quiet guy. Was not aware that he was s military career guy, yet I do no that he loved his country. I recognized Frank years ago in the mid 90s when I transferred to the El Paso VA, from Albuquerque. I approached him to say hello and he gave me that nice smile. I transferred to the Las Cruces VA Clinic and he was our patient there as many of my fellow classmates were, many of them Vietnam Veterans. Im thankful to have connected with this gental guy and many other high school classmates. So Sorry for you loss, may Frank Rest In Peace. Retired VA Nurse, Tina Morales Nunez.
Ernestina Morales Nunez
Coworker
May 1, 2020
R.I.P. Frank
Angel
Friend
April 30, 2020
Primos Willie and Bobby and families my deepest condolences to you. Very sorry to hear about Frank. Peace be with you all. God bless you
Martha V. Gutierrez
Family
April 29, 2020
May God bless you and your family in this time of sorrow.
Betty Telles
April 28, 2020
I am so sorry to hear about Mr. Duran. He was a good man and I appreciate his dedicated and selfless service to our great country. May the good Lord surround you with peace and may the ache in your heart be filled with wonderful memories of your time together.
Tracy Duggan
April 27, 2020
May God bless you and your family in this time of sorrow.
Sandra Karakrah
Friend
April 27, 2020
To my cousin Frank Duran's family. You are in my thoughts and prayers, and my deepest condolences.
Words will not wipe away your tears and hugs may not ease the pain, but hold onto your memories because forever they will remain as your treasures.
Henry Telles
Family
April 27, 2020
Mary Lucero
Friend
April 27, 2020
My Condolences Duran Family.
Nate Telles
Family
April 27, 2020
I love you Too and I'm gonna miss u so much!
Anthony Duran
Family
April 27, 2020
Deepest condolences comadre, and family. He will be missed.
May he Rest in peace
RICHARD TORRES
Family
April 27, 2020
I will miss u nino Thnk u for everything for ur service and for being there for me whn I needed you I love you nino always and for ever .
Stephanie Avalos
Family
April 27, 2020
Bobby im so sorry for you and your families loss your friend eddy bourland
Eddy Bourland
April 25, 2020
My condolences to the family. This Gentleman will be missed. RIP my friend. pat mendoza
April 25, 2020
I have known Frank and Alicia for many years and witnessed their Love and dedication to each other and their families. I will always remember Frank's smile, kind spirit and above all his Love for Alicia. God will give you the strength!
Ana Ramos
Friend
April 24, 2020
Showing 1 - 16 of 16 results