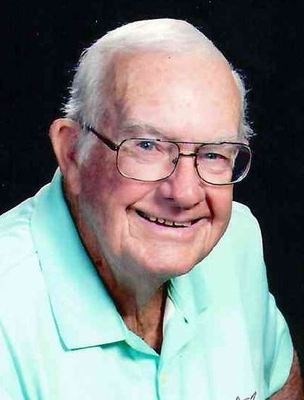 Las Cruces - William (Bill) Meredith Black, 83, passed away peacefully August 3, 2019. Bill was born in Tulsa, Ok to Meredith and Uleda (Williams) Black. At an early age his love of sports was evident. He played basketball in high school and collegiate golf at the University of Oklahoma (Boomer Sooners) from '55-58. The OU golf teams were conference champions '55-57. Bill competed in the qualifying rounds for the 1958 US Open at Southern Hills, missing the cut by 1 stroke. Bill married Mary Ann Bentley in 1958 and they had four children.

Bill "Coach" Black taught and coached in the Clovis school system for 30 years, retiring in 1991. He coached almost every sport and was part of a coaching staff that won 10 high school championships. While he was the head track coach, his athletes consistently competed at the highest levels and set several state records.

After his divorce, Bill married Fran Wells Steigely. They were married for 33 and a half years. Upon retiring, they moved to Las Cruces, NM, where they were active members of St. Andrews Episcopal Church. Bill served for three years on the church vestry. An avid outdoorsman, Bill loved to hunt, fish, and golf-a passion he passed on to his kids. He and Fran often could be found driving their RV to the mountains. His love for golf never ended. He enjoyed playing weekly with his buddies.

Bill was loving and generous. His kind, compassionate influence will continue to be felt by all who knew him. We will miss the sparkle in his eyes and his wonderful sense of humor. He will be missed dearly by us all.

The memorial service will be held at St. Andrews Episcopal Church, 518 North Alameda Boulevard, Las Cruces, NM 88005. The service is scheduled for Saturday, August 17, 2019, at 10:30 am. Memorial donations may be made to the University of Oklahoma's OU Foundation "OU Chip in Club" University of Oklahoma Foundation, Inc., 100 Timberdell Rd., Norman, OK 73019. https://giving.oufoundation.org. Alternatively, donations may be made to the Wounded Warrior Project or St. Andrews Episcopal Church.


Published by Las Cruces Sun News from Aug. 11 to Aug. 14, 2019.
To plant trees in memory, please visit the Sympathy Store.
MEMORIAL EVENTS
Aug
17
Memorial service
10:30a.m.
St. Andrews Episcopal Church
518 North Alameda Boulevard, Las Cruces, NM
Funeral services provided by:
Baca's Funeral Chapels
MAKE A DONATION
Please consider a donation as requested by the family.
MEMORIES & CONDOLENCES
Sponsored by LCsun-news.com.
17 Entries
Thank You,from all the young men you coached and helped. Clovis NM
September 5, 2019
Coach Black was my history teacher at CHS. He made learning history fun. I remember him walking up and down the rows of desks as he talked. Quiet, firm but such a nice man. Laura Doran Gulliford
Laura Gulliford
August 22, 2019
I played football for Coach Black at Marshall, and Golf at CHS. He always had a firm but steady demeanor. He was one of my favorite coaches. Thanks for helping shape my character Coach. "Good gosh o' Friday"
PC Edwards
August 22, 2019
A gentle man. He will be missed.
Tillie Tilghman
August 17, 2019
My condolences to the family of Coach Black. He was a very trusted and informative mentor in my earlier years of coaching track at Clovis High. May God bless you all!
Robert Tanner
August 14, 2019
Robert Tanner
August 14, 2019
Obe and I will miss chatting with you and Sugar on our way home from our walk. Your sense of humor and compassionate spirit are missed already.


Roger and I send our love to Fran and all your family and friends.
Calla Fette
August 13, 2019
Opa (a.ka. Bill) was a good Dude..... a really, REALLY Good Dude
Chris Steigely
Son
August 12, 2019
My father-in-law was one of the kindest, most patient, positive, genuine men I know. He had a gentle spirit. He loved his children and grandchildren unconditionally and was always one of their biggest cheerleaders in life. He always made me feel like one of his own children. I am so thankful and lucky that he passed on many of his best qualities to my husband, Mike. He has left a great legacy. Rest In Peace Bill until we see each other again ❤❤!
Tracy Black
Family
August 12, 2019
Best coach ever, you will truly be missed.
Toni Claypoole
August 11, 2019
Sorry to hear about Coach Black passing, I am praying for the family. He was my track Coach 82, 83 (New Mexico 440 State Champion) and 84. God Bless you all!!!
Robert Grimes
Student
August 10, 2019
Very good coach
Carroll Graham
Coworker
August 10, 2019
My condolences to my Best Friend Tanya and the entire family. I love you all.
Christina Johnson
Friend
August 10, 2019
He was the best granddad and great granddad ever. He will be dearly missed. Love you Always and Forever.
Anna Black
Grandchild
August 10, 2019
God be with you always Bill, I was very privileged to be one of your students and friend!!!
John Ramsey
Friend
August 10, 2019
Thank you Coach Black for being understanding of my situation and being so kind to me. I know you have a mansion in heaven. May God bless and comfort your family.
Kathryn Anson
Student
August 10, 2019
Bill was a wonderful person. A great father to our 4 beautiful children. He will always be remembered with peace and grace. Rest In Peace .
MARY BENTLEY
Family
August 9, 2019
Showing 1 - 17 of 17 results