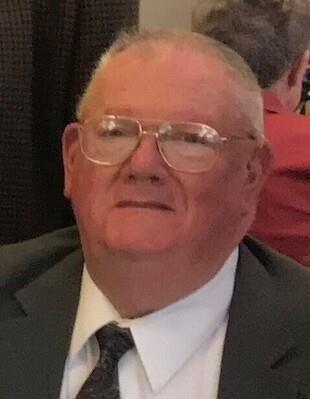 Cornwall - Edwin D. Tenney, 83, of Cornwall died Saturday, May 8, 2021 in Cornwall Manor. He was the husband of Bonnie Cunningham Tenney with whom he celebrated their 58th wedding anniversary.

Born in Pittsburgh on July 18, 1937, he was the son of the late Harry W. and Lida Baldrige Tenney. He was employed as a chemical engineer for Buell Environmental and was responsible for the air quality of oil refining around the world.

Ed was a U.S. Army veteran of the Vietnam Era and a 1959 graduate of Worcester Polytechnic Institute. He was a member of St. Andrew's Presbyterian Church in Lebanon for 57 years, where he served as an Elder and Trustee. He was also a long-standing member of The Rotary Club, and a Boy Scout Leader having been both an Eagle Scout and a Silver Beaver. Bonnie and Ed enjoyed going on cruises together, including a world cruise. Ed's favorite hobbies were making wine as an original member of the Lebanon Valley Wine Club, and baking much loved cookies for his children and grandchildren.

Surviving in addition to his wife, is a son Douglas, husband of Gail Tenney of North Reading, MA, two daughters, Laura Tenney wife of Les Chernauskas of Westford, MA, Karin Tenney-Helfrich wife of Eugene Helfrich of Dover, NH, 6 grandchildren, a brother, David Tenney of Florida, and a sister, Dr. Barbara Tenney of Delaware. He was preceded in death by an older brother, Harry Tenney.

Memorial services will be held on Saturday, May 22, 2021 at 2:00 PM at St. Andrew's Presbyterian Church, 600 S. 12th Street, Lebanon, PA 17042. No viewing or visitations will be held. Interment will be held privately at Fort Indiantown Gap National Cemetery. Contributions may be made to his Church in his memory.

Kreamer Funeral Home and Crematory, Annville is in charge of the arrangements.

To plant trees in memory, please visit our Sympathy Store.
Published by Lebanon Daily News from May 13 to May 14, 2021.
MEMORIAL EVENTS
May
22
Memorial service
2:00p.m.
St. Andrew's Presbyterian Church
600 S, Lebanon, PA
Funeral services provided by:
Kreamer Funeral Home & Crematory, Inc. - Annville
MEMORIES & CONDOLENCES
Sponsored by LDNews.com.
4 Entries
Dear Bonnie and family,
I worked with Ed many years ago at Buell Envirotech/GE Environmental Systems, Inc. in Lebanon. Ed was a true professional, subject matter expert in pollution control systems and an all around nice guy. He was highly respected and well liked by his peers and associates throughout his long tenure with the company. I have many fond memories of him and will keep those thoughts in remembrance of him. My heartfelt sympathy and condolences to you and the family. May he rest in peace.
Michael Blouch
Coworker
May 26, 2021
So sorry to hear of Eds passing! What a wonderful man..it was our pleasure having him to our home for the wine club meetings..i always enjoyed his wine and stories sitting by the fire. He was a smart, smart man...he will be missed for sure. Hugs to you Bonnie....
Joe and jane krick
Friend
May 18, 2021
Our deepest sympathies go out to Bonnie and the rest of the family. Pat and Jim McAteer
Patricia Rose McAteer
Friend
May 15, 2021
Offering our deepest condolences during this difficult time.
The Staff of Kreamer Funeral Home
May 13, 2021
Showing 1 - 4 of 4 results