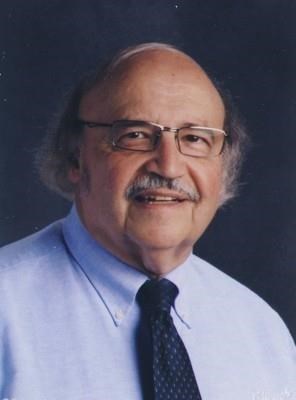 Lebanon - Dr. Irwin H. Siegel, 66 , passed away April 12, 2020 at Hershey Medical Center, Born in Lebanon on May 7, 1953, he was the son of the late Simon B. Siegel and Christine (Barnhart) Siegel. Dr. Siegel was a 1971 graduate of Cedar Crest High School, who received his Bachelor's Degree in English from Lebanon Valley College in 1975, his Juris Doctorate from Dickinson School of Law in 1980, his LL.M from Weidner University of Law in 1996, and his Doctorate in Education from Penn State University in 2002. During a long career industry, Dr. Siegel served as in - house counsel and manager for the former Commonwealth National (Mellon) Bank, Harrisburg, PA and also for the former Farmers First Bank (now BB&T), Lititz, PA. He also taught extensively, full and part-time for over 40 years, beginning with the Palmyra Area School District in 1975, and including Penn State- Harrisburg, Lebanon Valley College and Pennsylvania College of Technology, Williamsport, PA, where he was named recipient of the prestigious " Master Teacher" Award in 2006. Upon electing early retirement from Penn College, Dr. Siegel returned to Lebanon and served HACC-Lebanon Campus as a Career Outreach Coordinator. He also taught classes for New Covenant Christian School. Dr. Siegel also served numerous community organizations during his lifetime, including the Coleman Memorial Park Board of Trustees, where he was secretary. He was a member of Trinity United Methodist Church, Lebanon, PA, and the American, Pennsylvania and Dauphin County Bar Associations, in addition to numerous other professional and academic societies. Dr. Siegel is survived by his beloved twin sister, Susan E. Hinkley, wife of James C. Hinkley, Lebanon, PA. Interment will be private and at the convenience of the family. A memorial service will be scheduled at a later date. In lieu of flowers, memorial donations may be made to the New Covenant Christian School Capital Campaign, 452 Ebenezer Road, Lebanon, PA, 17046. www.rohlandfh.com


Published by Lebanon Daily News from Apr. 14 to Apr. 15, 2020.
To plant trees in memory, please visit the Sympathy Store.
MEMORIAL EVENTS
To offer your sympathy during this difficult time, you can now have memorial trees planted in a National Forest in memory of your loved one.
Funeral services provided by:
Rohland Funeral Home, Inc.
MAKE A DONATION
MEMORIES & CONDOLENCES
Sponsored by LDNews.com.
19 Entries
Irv was a friend and associate at Susquehanna Bancshares. When he came to Penn College in my hometown we continued our friendship over an occasional lunch. Whenever I would engage a Penn student who was a student of Professor Siegel they always spoke in glowing terms about Irv as an individual and instructor. My condolences to Sue and family. Chuck Luppert
May 8, 2020
So sorry to hear of Dr. Siegel's passing. He had a huge influence on my decision to pursue management. He was one of the best and will be missed!
April 20, 2020
Irv will be greatly missed by Jack Stouffer. While I didn't have the privilege of meeting him, I heard a great many stories from Jack about when he and Irv would get together. Jack sends his condolences to Sue and the rest of his family. (typed by Karen Neblock)
April 19, 2020
So sorry to hear of Dr. Siegel's passing. He was an amazing teacher. I spent many evenings in his classrooms during his time at Penn College. He will be missed.
April 19, 2020
I am so sorry to hear of Irv's passing. We was a an amazing teacher and colleague at Penn College. He had a wonderful sense of humor and loved his stories he would tell. You will be missed, my friend. Thank you for all the love and support you showed to me and to many other students and colleagues. You had a huge heart!

My heart goes out to Sue and the family. Keeping you all in my thoughts and prayers during this most difficult time.
Stacy Englert
April 16, 2020
My condolences to his family. I enjoyed working with him at HACC. Such a generous, fun-loving man. He will be greatly missed.
Deb Lovett
April 15, 2020
Sending deepest sympathies to the family.
Kathy Gerhart Abrams
Classmate
April 15, 2020
Not sure when we actually met but we went to Ebenezer Elementary School together and throughout High School. Mild mannered and brilliant is what I remember. Reading his life story does not surprise me at all. Condolences to his family.
Robert Fasnacht
Friend
April 15, 2020
All of us who were classmates recognized brilliance when we saw Irwin Siegel at school. Susie, I am so sorry for your loss. You are so much in my thoughts and prayers. May you feel the peace and comfort only God can offer!
Debbie Brownsberger Leininger
Classmate
April 15, 2020
So sad prayers go out to all.
Danny Schneck
April 15, 2020
My most sincere condolences to Irwins sister Susan.. as a classmate in jr high and high school .. we all knew how brilliant he was back then, and always enjoyed his smiling , daily sense of humor . A life well lived but gone too soon..god bless..
Monica Thomas
Classmate
April 15, 2020
He was one of the nicest classmates I had in high school. I knew he would be a success beyond high school. My sympathies to his family.
Gary Walden
Acquaintance
April 15, 2020
So sorry to hear of Irwin's passing. I will always remember him as a good friend at CCHS.
Bob Krall
April 15, 2020
I have fond memories and laughs about attending Lebanon Valley College with Irv. He was an excellent student who progressed well in life. I am sorry to learn he left us so soon.
Ken Seyfert
April 15, 2020
Thoughts and prayers going out to you Sue at this time. When I saw that Bud passed away I couldn't believe it. I remember coming over to your house with Lisa and asking if the both of you would play baseball with us and at times Laddie chasing the ball. Fond childhood memories.
Sheri (Bowman) Allen
April 14, 2020
Bud and I spend many days doing homework together. He was more than a cousin and tutor but someone who I could count on for anything . I love you Bud , I am glad you are not in pain anymore. Sending love to you Sue.
Karen Phillips
Family
April 14, 2020
So sorry to hear of Dr Siegals passing. His enthusiasm for education was infectious, opening learning doors for so many at NCCS. Great comfort to his sister, Sue, who also has that passion for education. May our Lord & Savior Jesus Christ hold the family close as He wipes away their tears in this time of sorrow.
Priscilla Glovier
Teacher
April 14, 2020
Dr. Siegal was a friend and teacher to our whole family. We all loved you Dr. Siegal and miss you! See you in a better place.
Micah
Student
April 14, 2020
Irv was a wonderful friend and co-worker. I will miss his friendship very much. longtime We were longtime Phillies fans. I relished our time together as we shared occasional lunches after my retirement.
We also shared Jesus. I will see you again my friend.
Edward Balderston
April 14, 2020
Showing 1 - 19 of 19 results