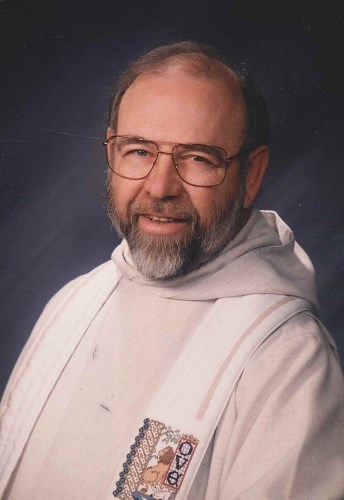 BORN
1937
DIED
2021
On April 4, 2021, Easter Sunday, Reverend David J. Stratton passed away, surrounded by his family. He is now in his promised place.
Born on April 10, 1937, in Mason City Iowa, he was adopted and raised by Laverne and Opal Stratton, in Charles City, Iowa. Despite a love and talent for golf, he elected to not turn professional and followed his calling, devoting his life to his faith and to serving others. He became an ordained American Baptist minister in 1963. He continued his education achieving three levels of clinical pastoral education.
As a pastor he served in a variety of small communities in Iowa and Wisconsin. He became a campus minister at UW- Eau Claire's Ecumenical Religious Center serving for ten years. He then became affiliated with the United Methodist Church, serving in several churches in Wisconsin, before retiring in 1999. In retirement he continued his ministry, serving as interim and then formal pastor to Truax United Church of Christ for 17 years, retiring in fall 2019 with his stage 4 kidney cancer diagnosis.
He graduated from Charles City High school in 1955. He then attended Sioux Falls College, an American Baptist affiliated school, and then went on to Central Baptist Seminary in Kansas City, Kansas, achieving his Masters of Divinity in 1962. He was a lifelong student, reading on average a book a week, in theology and counseling.
While at Sioux Falls College, he met his partner for life, Jennie Greene, marrying in 1960. They spent 60 years together, deeply devoted to one another, and raising their family: Scott D. Stratton, of Los Angeles, CA, and Sonia Stratton Masuga, of Carnation, WA.
At age 50 he was encouraged to look for his birth mother, finding instead a family, including aunt's, siblings, and cousins. His birth mother having passed away when he was 15 years of age. As a result of finding this other family, he developed an understanding, love, and friendships to these new members of the extended family.
David was a man of many talents. He held his pilot's license, commercial driver's license, chauffer's license, motorcycle license, and fishing license. Frequently using these skills while moonlighting to support his family and also taking them on many adventures. He also used these gifts in giving back to the wider community, including driving for Feed My People of Chippewa Valley.
Despite his many skills and talents, he was best known for his tremendous levels of compassion, love, understanding, and patience, to all people, without judgement. His steady presence touched nearly everyone he met. He not only spoke the word of God but lived and breathed its teachings in everything that he did.
He was preceded in death by his parents: Laverne and Opal Stratton; birth mother: Edra Delahoyd Clements, and his brother Thomas Stratton.
He is survived by his wife: Jennie Stratton; son: Scott Stratton; daughter: Sonia Stratton Masuga; son-in-law: Paul T. Masuga; grandson: Cole David Masuga; granddaughter: Zoe Grace Masuga; brothers: Thomas Clements and Rick Clements; and sister: Sue Clements Fry.
The time of my departure has come. I have fought the good fight. I have finished the race. I have kept the faith. From now on there is reserved for me the crown of righteousness which the Lord, the righteous judge will give me on that day and not only to me but also all who have longed for his appearing. II Timothy 4:6b-8.
Some of his last words were "See you in church."
Special thanks to Dr. Dean Delmastro, oncologist at Marshfield Cancer Center, the entire staff of Marshfield Hospital, Mayo Hospice staff, Reverend Jerry Morris, Pastor of Lake Street United Methodist Church, and all of our friends who have sent cards, gifts of food, and love.
In lieu of flowers please donate to Chippewa Valley Street Ministries and Feed My People via Lake Street United Methodist Church in David's name. A memorial service is planned for next year April 10, 2022.
Cremation Society of Wisconsin is assisting the family. Online condolences can be left at www.cremationsociety-wi.com.

To plant trees in memory, please visit our Sympathy Store.
Published by Leader Telegram from Apr. 7 to Apr. 8, 2021.
MEMORIAL EVENTS
Apr
10
Memorial service
GUEST BOOK
2 Entries
Prayers for you Jennie and the family. We were saddened to read of Dave´s death. We shared some good times years ago and have thought of you often. Don and Joan Healy, Clermont, Florida.
Don and Joan
April 8, 2021
"Steady presence" well described Pastor Stratton
Jeanette Vlcek
April 8, 2021