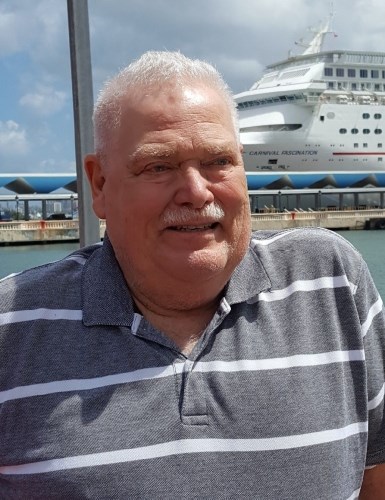 BORN
1944
DIED
2020
EuGene "Gabby" Allen Hayes, 76, of Grand Forks, ND, passed away on Sunday, November 29, 2020 at Altru Hospital in Grand Forks.
EuGene was born March 5, 1944, in Eau Claire, WI, the son of Archie and Eileen (Johnson) Hayes. He grew up in Wisconsin, graduating in 1962 from Eau Claire Memorial.
EuGene entered the US Air Force in September of 1962 and served 22 years before his honorable discharge as E-7 Master Sargent. In 1984 he retired from the Air Force and began working for the Air Force in civil personnel. EuGene was a registered Amateur Softball Association (ASA) umpire for 40-years, concluding with induction into the North Dakota Softball Hall of Fame in 2008. Gene was a member of the Masonic Lodge.
He married Loretta Lorraine Lambertson at Big Elk Creek Lutheran Church in rural Elk Mound on October 3, 1964. They raised three children making their homes at various air bases. In 1978 they built their home in rural Emerado.
EuGene is survived by his son, Kurt (Jenn) Hayes; daughters, Leisha (Dennis) Scheffler, and Laura (Jon) Nissen; twelve grandchildren; thirteen great-grandchildren; sister, LaRayne Bayliss; brother-in-law, Larry (Polly) Lambertson; sister-in-law, Donna (Ken) Price; and five nephews and a niece.
He was preceded in death by his parents, wife, grandson, Ian, and granddaughter, Morgan.
In lieu of flowers, the family suggests donations may be made to:
Veterans of Foreign Wars (VFW)Wounded Warriors ProjectDisabled Veterans of America
A private memorial service will be held with inurnment at Memorial Park Cemetery in Grand Forks.
An online guestbook and extended obituary may be viewed at www.amundsonfuneralhome.com

To plant trees in memory, please visit our Sympathy Store.
Published by Leader Telegram from Dec. 1 to Dec. 2, 2020.
MEMORIAL EVENTS
No memorial events are currently scheduled.
To offer your sympathy during this difficult time, you can now have memorial trees planted in a National Forest in memory of your loved one.
Funeral services provided by:
Amundson Funeral Home
MAKE A DONATION
Please consider a donation as requested by the family.
GUEST BOOK
Sponsored by Amundson Funeral Home.
0 Entries
Be the first to post a memory or condolences.