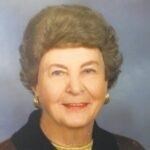 Barbara was a bookkeeper for Shoffner Coal Co. and Betty Cunningham Plumbing and Heating. She was a member of Christ, Prince of Peace Parish. A 1952 graduate of Ford City High School, she also was a graduate of the Pittsburgh Business School. Barbara enjoyed being a mother and grandmother. She was a lifelong resident of community.

She was preceded in death by her parents; her husband, Leo Placha, who passed away July 3, 2007; sisters: Margaret Wintgens, Dorothy Sanoba and Louise Beck; and brother, John Wintgens.

A Mass of Christian Burial will be held at 10 a.m. Saturday at Christ, Prince of Peace Parish, 718 Fourth Ave., Ford City, with Father Eric Dinga as celebrant.

Interment will be in St. Mary's Cemetery.