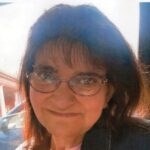 She was born March 18, 1972, in Kittanning, daughter of Ronald and Donna (Emigh) Klingensmith.

Dody enjoyed her dog and enjoyed watching dog trainers on television. She enjoyed working with computers. She lived a quiet and simple life.

Dody was preceded in death by her father; and one brother, William Klingensmith.

According to her wishes there will not be a public visitation or service.

Published by Leader Times on Oct. 9, 2021.
To plant trees in memory, please visit the Sympathy Store.
MEMORIAL EVENTS
To offer your sympathy during this difficult time, you can now have memorial trees planted in a National Forest in memory of your loved one.
Funeral services provided by:
Welch Funeral Home
MAKE A DONATION
MEMORIES & CONDOLENCES
Sponsored by Welch Funeral Home.
0 Entries
Be the first to post a memory or condolences.