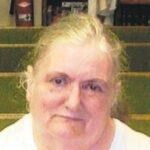 Gloria Jean Johns, 66, of Freeport, passed away peacefully in the presence of her family on Wednesday, Sept. 22, 2021, at Allegheny Valley Hospital in Natrona Heights.

Gloria was born in Natrona Heights, on Dec. 27, 1954, a daughter of the late Margaret (Walsh) McNeal and Ray Mc- Neal.

Gloria was a graduate of The Salvation Army School for Officer Training and along with her husband, Gerald "Jerry" Johns they were ordained as ministers, and both commissioned as Lieutenants in The Salvation Army. They served together as Corps Officer/ Pastors in three corps/ churches. They served on staff in the Booth Memorial Medical Center in Queens, N.Y. They served their last appointments as Salvation Army officers with the staff of the Adult Rehabilitation Center on Long Island, N.Y. Gloria and her husband served with The Salvation Army in many different posts across the country for 40 years. In 1987, Gloria was honored for her work by the State of Kentucky, by being inducted as a "Kentucky Colonel." Gloria and her husband celebrated their 49th anniversary this year and were looking forward to their 50th. On Sept. 27, of this year, Gloria would have been cancer free for 11 years. Gloria was a member of the Rosston Chapel in Manor Township, here she served faithfully as a pastor's wife. She enjoyed gospel and country music, sewing, playing the tambourine, putting puzzles together but her favorite times were being with her family and church family.

In addition to her parents, Gloria, is preceded in death by her five brothers: Don, George, and Melvin McNeal, Richard and Raymond Livingston.

Redmond Funeral Home Inc., Freeport, is entrusted with the arrangements.

To send a condolence visit: redmondfuneralhomeinc.com