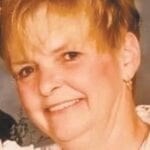 Loretta had a 30-year career caring for patients at Sugarcreek Rest, both as an aide and later, an LPN. She left a lasting impact on the residents and staff.

A loving and involved mom, Loretta enjoyed leading her children in whatever activity they chose to participate. From Girl Scout Leader to cheerleading, she guided and supported her kids. She enjoyed gardening and especially loved time with her family and grandchildren. She was also a long-time member of St. Paul's Community Church in Sugarcreek.

She is survived by her husband, Terry Weitzel, of East Brady; two sons: Norman Foust and wife, Cindy, of Petaluma,

She was preceded in death by her parents; one daughter, Amy Foust; and one sister, Mary Lou Brinkley.

Funeral services will be held at 5 p.m. Wednesday in the funeral home with the Rev. Frank Sapp, Jr. officiating.

In lieu of flowers, the Weitzel family asks that memorials be made to Hope For Your Future, PO Box 643, Rimersburg, PA 16248.