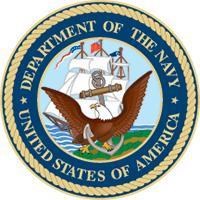 BORN
1948
DIED
2020
Leland "Ray" Mahon, 72, of Hondo, Texas, formerly of Brownstown, passed away at his home on Wednesday, Nov. 18, 2020, after month of failing health.
Burial will be at a later date in Pilcher Cemetery in rural Brownstown.
Mr. Mahon was born on June, 19, 1948, to Jesse and Ruth Mahon in Decatur. At age 2, his family moved to the family farm south of Brownstown.
He married Darla Gates on Jan. 12, 1972, in Brownstown, and they became parents of Virginia Marie, George Allan and John Michael.
Ray was a U.S. Navy retiree and Vietnam veteran, serving more than 24 years of active duty.
He is survived by his wife; son, Michael (Tara) of Hondo, Texas; daughter, Virginia (Christopher) Nordtvedt; brothers, John (Teresa) Mahon of Strafford, Mo., and David Mahon of Anchorage, Alaska; grandsons, Dalton and Hayden Nordtvedt, and Wade Mahon; and great-granddaughter, Charlie Nordtvedt.
He was preceded in death by a sister, Carol Mahon; and a son, George Mahon.

Published by The Leader-Union from Nov. 22 to Dec. 2, 2020.
To plant trees in memory, please visit the Sympathy Store.
MEMORIAL EVENTS
To offer your sympathy during this difficult time, you can now have memorial trees planted in a National Forest in memory of your loved one.
MAKE A DONATION
MEMORIES & CONDOLENCES
2 Entries
May God bless you and your family in this time of sorrow.
Kathleen Firl
Family
November 25, 2020
He served two tours in Vietnam and was in Da Nang during the TET offensive. He served his family and country with honor and distinction.He was a person with a giving nature and no expectation of return. I love him and will miss him. He is my brother.
John Mahon
Brother
November 24, 2020
Showing 1 - 2 of 2 results