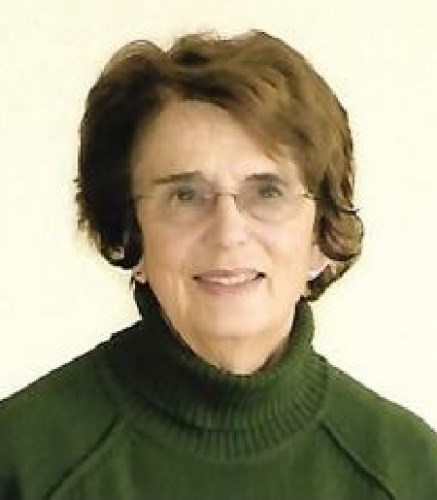 She was born in Bloomfield, New Jersey, the middle of three girls born to Salvatore and Marie Michela "Carrie" Lobbato. She was known as the "B" of the ABCs: Annette, Bernice and Carol. For many years, her parents sold children's shoes in a shop they named ABC Junior Bootery in their daughters' honor.

Bernice moved with her family at about age 8 and spent four years living in Grants Pass, Oregon. The family returned briefly to New Jersey but soon moved west again, following a job offer for Salvatore from a shoe store in Fresno, California.

However, the family stopped to spend the night in San Jose, California, where Salvatore visited a shoe store and fell into discussion with the owner. The man offered him a job at his store in the San Jose neighborhood of Willow Glen, and the family decided they liked the city and didn't end up moving to Fresno after all.

Bernice graduated from Pioneer High School in San Jose in 1962, part of its second graduating class. She was homecoming queen and a "pompom girl" there and starred in the school's production of "The Rainmaker."

She studied English and home economics at San Jose State University, then transferred to Wayne State College in Wayne, Nebraska, to complete her degree and be with her fiancé, Richard Moody, where she completed her Bachelor of Arts in Education in December 1966.

She married Richard Moody on January 2, 1966, in San Jose, California. They moved to Eugene, Oregon, in 1967, following their graduation, where he taught high school and she worked for Sears. She was offered a teaching contract in Monroe, Oregon, but the district broke the contract when she became pregnant, as it wasn't considered proper in those days for a pregnant woman to be teaching.

Bernice did some substitute teaching at Newport High School in the early 1970s. She was the teacher at Mouse Factory Preschool parent co-op, which was housed in the basement of St. Stephen's Episcopal Church, in the late 1970s through the early 1980s. She attended New Life Center Church, was a member of the local chapter of Beta Sigma Phi and was a den mother for her son's Cub Scout pack.

She returned to San Jose for about a year in 1985, then came back to Newport, where she worked briefly at Canyon Way Bookstore and Restaurant, at the Port of Newport Marina and also with wine tasting and sales at The Wood Gallery. She relocated to San Jose full time following her divorce in 1988.

In San Jose, Bernice worked for Parks & Recreation as a recreation specialist in a division known as San Jose Beautiful. She retired in July 2001.

She married Peter Falk on July 8, 2001, and they lived together in Lake Wildwood, California. They later divorced.

She lived in Redding, California, from 2014 to 2016 before moving to Lebanon, Oregon, to be closer to her daughter. She had moved back to Redding earlier this year.

In Lake Wildwood, she belonged to a book club, a rotating supper club, a walking group and a BSF International Bible study. In Lebanon, she attended St. Martin's Episcopal Church with her daughter and was a volunteer reader for a children's program called Learning Perch at Sand Ridge Charter School.

All her life, Bernice prized family and put them first. She loved small children, whom she called "peanuts;" and animals, especially cats. She loved to cook and to entertain, and to play gin rummy with her father and Scrabble and Pictionary with her granddaughters. She put a great deal of thought into gifts and sometimes bought multiple cards so each would say just the right thing.

She was fond of knitting and crocheting, and of giving handmade Afghans and placemats as gifts. She loved holidays and had large stashes of decorative items for each. She had a great memory for Hollywood stars and loved watching old movies or any television show in black and white. She also enjoyed going out dancing, to concerts and to live theater performances, particularly musicals.

Bernice was very proud of her Italian heritage, joining her sisters in successfully applying for Italian citizenship. She had fond memories of traveling with her parents, daughter and sister Annette and brother-in-law Jim to Italy in 1993, where they visited, among other cities, Naples and San Fele, the birthplaces of her paternal and maternal grandparents. Andrea Bocelli was a favorite artist and someone she was delighted to see perform live in Portland as a birthday present in 2018.

Her shopping lists often included Hershey bars, black licorice, Rocky Road ice cream and Reese's Pieces. Like the rest of the family, she loved fresh mozzarella, which is properly pronounced "moot-za-DELL." She loved a good roast beef sandwich on a thick French roll but despaired of ever getting the servers to understand she wanted the roll with butter, not mayonnaise.

She was a generous and forgiving soul who did her best to follow Jesus and to love her neighbor as herself. If she bought something or tried a new restaurant or otherwise discovered something she liked, her first instinct was to buy one for everyone in the family or invite everyone she knew. She inspired deep love and loyalty in everyone she met.

Survivors include her children, Jennifer Moody of Lebanon, Oregon, and Jeff Moody and Upe Gervas-Pabon of San Jose, California; sisters Annette Nelson and Carol Brink of Redding, California; granddaughters Sarah and Rebecca Munk and Mar and Anna Moody-Gervas; and countless people who called her friend.

Services have been scheduled in both Lebanon and Redding. In lieu of flowers, the family suggests donations be made in her name to children's reading programs.

To plant trees in memory, please visit our Sympathy Store.
Published by Lebanon Express on Oct. 21, 2020.
MEMORIAL EVENTS
No memorial events are currently scheduled.
To offer your sympathy during this difficult time, you can now have memorial trees planted in a National Forest in memory of your loved one.
GUEST BOOK
4 Entries
Dear Jennifer, Sarah and Rebecca, We were so sorry to hear of Bernice's illness and passing. What a sad time for all of you. You have our sincere sympathy and wishes for healing memories of your Mom and Grandmother. We wish we could join you for your gathering in her memory but we'd rather not stretch our luck staying cover-free, so we'll join you in spirit. Love to you all.
David & Joni Dempster
October 30, 2020
The world needs more people like her
Terry Duke
October 25, 2020
I am sorry for your loss, for the news of Bernice's passing, and to learn that she dealt with the challenges of Parkinsons. We were friends for a brief time when we were teachers/advisors for the high school papers in Newport and Toledo. She was a dedicated advocate for students and she
Fran Westphal
October 24, 2020
I found Bernice a delightful, sweet person. I miss her.
Kathleen Koch
October 23, 2020