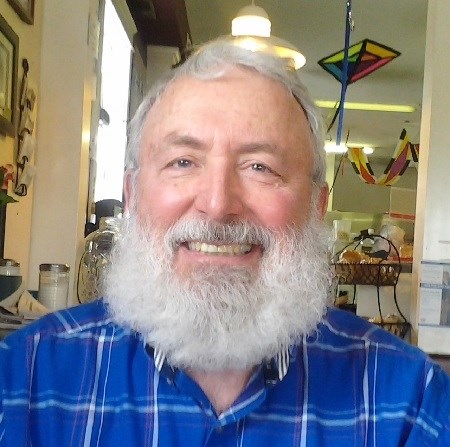 Charles David Peoples, 65, of Scio, died, October 19, 2020 after an accident on his farm doing what he loved. Charles was born November 2, 1954 in Lebanon. He was raised in Lebanon and graduated from Lebanon Union High School in 1972. He then attended Klamath Community College and while serving, the University of Maryland.

He moved to Scio following his discharge and had worked locally at the Target Distribution Center and then 12 years as a Journeyman Electrician for Oregon State University. In his retirement he was a Forester of his property.

Charles was a multi-faceted man who enjoyed all aspects of this life: riding motorcycles, fishing, hunting, rock hounding, rebuilding cars, Bible study (of special meaning to him Psalm 23), wildlife viewing, art, music, travel, managing his forest, knowledge and ideas, living a healthy lifestyle, and the company of his family. He will be missed by all that knew him.

Charles was laid to rest at the Lacomb Cemetery on October 22, 2020.

In lieu of flowers, the family requests donations be made to Linn County Fire and Rescue to help recent survivors of the Oregon Fires that struck the local community.

To leave an online condolence for the family go to www.hustonjost.com

To plant trees in memory, please visit our Sympathy Store.
Published by Lebanon Express on Oct. 28, 2020.
MEMORIAL EVENTS
No memorial events are currently scheduled.
To offer your sympathy during this difficult time, you can now have memorial trees planted in a National Forest in memory of your loved one.
Funeral services provided by:
Huston-Jost Funeral Home & Crematory
GUEST BOOK
2 Entries
Keep you all in my thoughts and prayers.I am hear if you all need anything love of hugs.
October 28, 2020
Charles was a wonderful member of our family. We had fun times with Ruth and Charles when they came to visit as he fit right in like he had always been a part. He will be missed.
Kathy Purdy
October 25, 2020