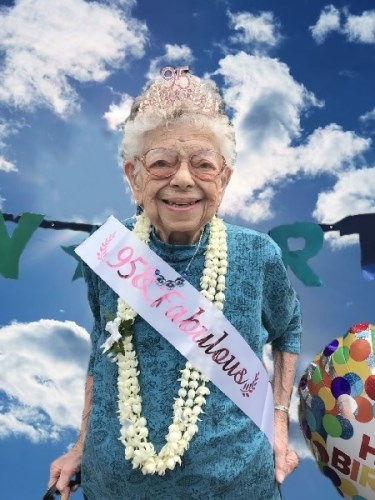 Albany native Mary Anice "Maryan" Howard Roe, age 95, passed away peacefully October 19, 2020 in Salem, Oregon where she resided with her husband of 63 years George J. Roe for whom she said she was " lucky in love! " She was born July 9, 1925 to James Francyl and Mary Bernadine (Parker) Howard, long-time Albany publishers who preceded her in death as did her brother James (Jim) Parker Howard.

Following the retirement of their parents, Maryan and Jim took over publishing the Albany Greater Oregon and Benton County Herald, weekly county seat newspapers where she learned to set type by hand. Publishing was in her genes at an early age having followed in her brother Jim's footsteps as editor of the Albany High School student newspaper The Whirlwind and later The Oregon Daily Emerald at the University of Oregon (U of O). Maryan graduated from the U of O in 1947 from the School of Journalism earning membership in their Theta Sigma Phi honor society. While there she also made lifelong friends as a member of the Delta Delta chapter of the Alpha Gamma Delta women's fraternity. Following graduation she joined the Oregon Press Women, the American Association of American Women (AAUW) and served as Radio/TV Chairman for the Oregon Federation of Business & Professional Women (BPW) and president of the Albany BPW Club.

In 1959 Maryan and her husband George partnered with Jim and his wife Elaine Howard to open Linn County's first travel agency, World Wide Travel Bureau, located in the historic Howard Building at 124 S. Ferry Street and sponsored by Pan American and Northwest Airlines. Through the agency Maryan was able to combine her love for travel with researching destinations for her clients including trips to Spain, Japan, Great Britain, Ireland, Australia, Egypt, Turkey and Tahiti among her many journeys.

Additional passions for Maryan included reading, especially mysteries and historical fiction and decades-long genealogical research where she treasured being a descendent of seven Oregon pioneer families. She savored Dungeness crab feeds, enjoyed fresh strawberry shortcake (& milkshakes!) and made the BEST Deviled eggs ... always the first item to run out at the family reunions! Favorite songs included Sentimental Journey and the Hawaiian Wedding Song (among many others) and she was fond of the poem Sea Fever.

Maryan was a kind and gracious soul with a keen focus on family. Her passion for life and gentle spirit will be greatly missed leaving a lasting and positive impact on all she touched. She will live forever in our hearts.

Maryan will be interred at Willamette National Cemetery in Portland. A Celebration of Life will be announced at a later date. 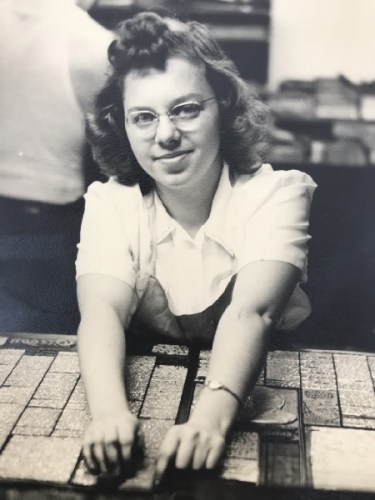