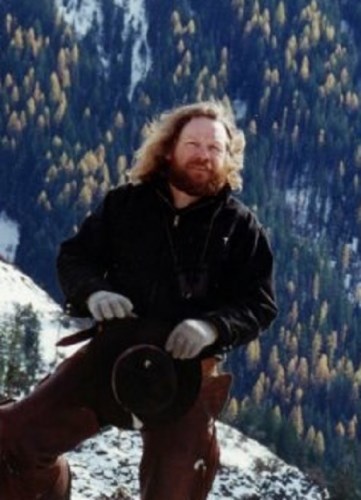 Steven Albert Parviainen ("Steve"), 73, of Lebanon passed away at his home unexpectedly on September 2, 2021, after suffering a heart attack.

Steve was born on August 21, 1948 in Cloquet, Minnesota and spent his early childhood in Cromwell, Minnesota before his family moved in the early 1950's to Lebanon, where Steve lived the remainder of his life.

In June 1969, Steve married Carol Hinzman and in November of that year their daughter Tracy was born.

Steve was the owner and operator of Valley Auto Body during the 70's and 80's and worked in construction until retiring in the early 2000's.

Steve also loved dogs. He owned Labradors, usually black, most of his life. Later in life, when he didn't have a dog of his own, Steve enjoyed walking neighbor's dogs, dog-sitting for his many friends and sneaking food to his daughter's dog Reuben.

In addition to his wife Carol, Steve was preceded in death by his brother Michael Parviainen; father Martin Parviainen; mother Lois White-Carter and step-father Chester Chastain.

Steve is survived by his sisters Alene Drongeson of Junction City, Paula Gibson of Lebanon and Renee Gowdy of Bend and Steve's daughter Tracy DeOgny of Lake Oswego, her husband Rick and their son Alex, Steve's only grandson.

Steve was interred next to his late wife, Carol, at the International Order of Oddfellows Cemetery in Lebanon.

Steve is remembered by many as a quiet man with a kind heart. His family is inviting friends that wish to celebrate Steve's life to join them at the Pineway Restaurant, Saturday, October 23 from 2 - 4 p.m.

Published by Lebanon Express on Oct. 13, 2021.
To plant trees in memory, please visit the Sympathy Store.
MEMORIAL EVENTS
Oct
23
Celebration of Life
2:00p.m. - 4:00p.m.
Pineway Restaurant
OR
Funeral services provided by:
Huston-Jost Funeral Home & Crematory
MAKE A DONATION
MEMORIES & CONDOLENCES
Sponsored by Huston-Jost Funeral Home & Crematory.
1 Entry
Steve will be sadly missed, and I am blessed to call him my friend. Steve was kind and generous and nothing was too much trouble if you needed a hand. Rest In Peace my friend and I´ll see you on the other side.
Cheryl Denton
October 19, 2021
Showing 1 - 1 of 1 results