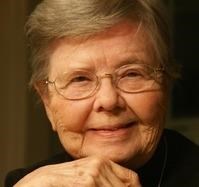 Published by Ledger-Enquirer on Apr. 1, 2020.
To plant trees in memory, please visit the Sympathy Store.
MEMORIAL EVENTS
To offer your sympathy during this difficult time, you can now have memorial trees planted in a National Forest in memory of your loved one.
MAKE A DONATION
MEMORIES & CONDOLENCES
Sponsored by Columbus Ledger-Enquirer.
2 Entries
Blessed be her memory. I met her when Harry and I were at LBI together. She has left a legacy of faith and witness for family and friends.
Louise Eklund Anderson
[email protected]
Louise Anderson
Acquaintance
September 23, 2020
I just found a letter dated 2004 she'd written to me about my mom's passing and I so appreciated all that she shared about my mom with whom she was best friends though junior and senior high school. I am so sorry for your loss. Seems the world has lost two amazing women.
Laurie Card Hanly
Friend
July 27, 2020
Showing 1 - 2 of 2 results