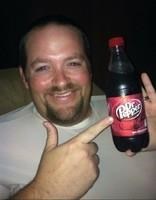 BORN
1975
DIED
2017
Dr. John Frank "Pepper"
Spurlock, Jr.
January 21, 1975-
October 20, 2017
Columbus, GA- Dr. John "Pepper" Spurlock, Jr, 42, passed away on October 20, 2017 at Midtown Medical Center, in Columbus, GA.
Dr. Pepper was born on January 21, 1975 in Columbus, Ga to John Frank Spurlock, Sr. and Patricia A. Polk. (Alexander). Pepper grew up in Fortson, Ga. He graduated from Grace Christian School in Columbus in 1993. After high school he was awarded his Bachelor of Arts from the University of Georgia in Athens (Go Dawgs) in 1998, his Master of Education from Columbus State University in 2005, his Specialist in Education from Columbus State University in 2007, and his Doctorate in Education from Valdosta State University in 2014.
Pepper began his teaching career at Harris County Carver Middle School before finding his home at East Columbus Magnet Academy in 2001. He finished his career as the Assistant Principal of East Columbus Magnet Academy.
Pepper was preceded in death by his paternal grandparents William T. and Claudie P. Spurlock of Columbus, and maternal grandfather, James L. Alexander, Sr. of Fortson, GA. Pepper is survived by his wife Traci and his son Whitt of Columbus, his parents John F. Spurlock, Sr. (Brenda) of Phenix City and Patricia A. Polk (Charles) of Mableton, GA, maternal grandmother, Sarah Alexander of Lillian, AL, mother-in-law, Chris Estes of Columbus, his brother, Jamie Spurlock (Aimee) of Cataula, GA, step-sister Michelle Creech (Will) of Columbus, half-brother Tyler Spurlock and step-sister Jennifer Caldwell of Phenix City, AL, his nieces Railey and Adah Spurlock of Cataula, GA, and Kelly Spurlock of Phenix City, AL, and nephew Blythe Creech of Columbus, GA and numerous aunts, uncles, cousins and friends.
Dr. Pepper had several passions in life: Jesus, his family, teaching and learning, coaching football and wrestling, attending UGA football games, watching and coaching Whitt in sports, watching wrestling with the KLIQ, fishing, and singing with the Sawdust Trail Quartet. One of Dr. Pepper's greatest passions were his students at East Columbus. 16 years at 1 school is unusual, but he stayed because he loved it. Whether he was teaching, coaching or being an assistant principal, he loved his kids and coworkers and they loved him in return.
A Celebration service will be held at Piney Grove Baptist Church, 20 GA Hwy 315 Fortson, GA at 6 PM on Tuesday, October 24, 2017. A visitation will precede the Celebration service beginning at 5 PM where the family will be greeting friends and relatives. Feel free to wear UGA colors and be comfortable as that is the way Dr. Pepper would have wanted it.
In lieu of flowers the family requests memorial donations be made to the East Columbus Magnet Football Team or Piney Grove Baptist Church.
To sign the on-line guest registry, please visit www.mcmullenfuneralhome.com

Published by Ledger-Enquirer on Oct. 22, 2017.
To plant trees in memory, please visit the Sympathy Store.
MEMORIAL EVENTS
Oct
24
Visitation
5:00p.m. - 6:00p.m.
Piney Grove Baptist Church
20 GA Hwy 315, Fortson, GA
Oct
24
Celebration of Life
6:00p.m.
Piney Grove Baptist Church
Fortson, GA
MAKE A DONATION
MEMORIES & CONDOLENCES
Sponsored by Columbus Ledger-Enquirer.
40 Entries
Dr Spurlock was my assistant principal and seeing that i would often get in trouble here and there i would see him alot he's was always trying to keep me out of truble and try to keep me on the right track and till this day i remember him for being one of my best principals i will never forget him
Matthew
Friend
December 15, 2020
From one Grace Crusader to another, well done Good and Faithful servant.
Ebony Thornton
October 25, 2017
Dr. John "Pepper" Spurlock was my cousin, (brother,) and friend. I could never express all that he meant to me. It was a great testament to his love and dedication for his friends and family that the church was packed last night. This man of God fought a good fight, finished his course, and kept the faith, and has entered Heaven, not because he was a good man, but because He trusted Christ as his Savior. The greatest tribute we could give to him is to share the gospel he believed. I can't wait to see him again, never to say goodbye! We love you Tracie, Whitt, and we're praying for y'all.
Emory Alexander
October 25, 2017
Continousily praying for the peace that passes all understanding to surround you.
Tiffany and Ben Patten
Friend
October 24, 2017
Praying comfort for your family.

Cindy Hood Cottle
Cindy Cottle
October 24, 2017
Sending thoughts and prayers to the Spurlock family and ECMA faculty/staff. He was a great man and I enjoyed working along side of John.

Love in Christ.
Charlie and Amey Walker
Jacksonville, Fl
Amey Walker
October 23, 2017
Love and prayers for you all. What an inspiring and amazing life! May your memories of Pepper sustain you until that incredible moment when you're reunited forever.
Love -
Michael, Casey, Ty and Daylin
Casey and Michael Rowan
October 23, 2017
We will miss you greatly Pepper! Enjoy sitting at the feet of Jesus...you have truly received a miraculous healing from our Lord and Savior. Praying for you Traci and Whitt!
Debbie Keyes
October 23, 2017
There are just no words to express the feelings I have. Pepper, you will be greatly missed by all who knew you. Traci & Whitt, you will be in my prayers constantly. I love y'all.
Kim Nelson
October 23, 2017
My thoughts and prayers are with you all...Pepper is walking on the streets of gold now... Heaven is a little sweeter now.
Renae Rosenbalm
October 23, 2017
You will be missed so much. Even though we didnt get to see each other often when a family member is lost it always puts a sadness in ones heart. One day we will all be together again in the kingdom of heaven and at that time there wont be miles apart. Praying for the family. I wish I could be there on Tuesday but I will be there in thought and I send my love. I love you all ❤
Ashtan Gamez (Alexander)
October 23, 2017
There are no words that are sufficient at a time like this. My heart breaks for you and my prayer is that the Lord will be close and you will sense His everlasting arms around you in the days ahead.
Elisa Nave Peoples
October 23, 2017
Praying for your peace and understanding during this difficult time of loss.
Dollie Davis
October 22, 2017
I worked at Grace when Pepper was in school. Pleased with how he continued his education. I prayed for the family during your loss.
Ann Pustinger
October 22, 2017
Dear Traci, Whit, Pat and Mrs Sarah, Praying for you all and remembering how very special Pepper was! He was loved by so many! I know you have many precious memories to get you through the coming days and months. We love you all!
Pat and Ronnie Fowler
October 22, 2017
Mr. Spurlock was a cool assistant principal and he was super nice and fun, may he rest in peace.
Dahnavia Austin
October 22, 2017
RIP Best Teacher Ever !!!
Bryanna Jackson
October 22, 2017
My condolences to you Traci and Whit. Take your rest John; we'll meet on the other side.
ECMA love forever❤
PatrIce Mills
October 22, 2017
Traci and Whit May God give you all strength to endure during this time and in the days to come.
Consandra Herring
October 22, 2017
To all of the Spurlock Family May God be with you all during this time and forever more.
Kim and ShaHaley Freeman
October 22, 2017
Sending prayers for Traci,Whitt and the family from the Millers
(Shayne,Michelle&Zack)
October 22, 2017
Traci, Whitt and family,
I pray you have strength for today and hope for tomorrow. Pepper's love for you is eternal.
Diane Hinzman
October 22, 2017
Dear Pat just know that I have been praying for you and will continue to do so. No other words needed. I Know❤
Beverly Robinson
October 22, 2017
Traci and Whitt, May God's presence bring you comfort. With prayers, hugs, and love, Hollie
Hollie Tapley
October 22, 2017
May Gods peace and love be upon you during your time of loss
Rosalyn Anderson
October 22, 2017
I am so sorry for your loss. I can't imagine how you feel. I didn't know Pepper but I knew his Mom Pat. We have been friends since Jr high school. I pray that soon you will feel better and know that Pepper is happy to know longer feel pain. His love of all his Family will live on as well as yours for him. Words are hard to come by at this time of sadness.
Delores Kelley Dennis
October 22, 2017
May you find comfort and peace knowing he is in the arms of our Lord.
Debbie & Greg Crutchfield
October 22, 2017
No words to express how sorry we are to hear of Pepper's passing. Now he's "resting high upon that mountain"!
Audrey & Bobby Goodson
October 22, 2017
May the spirit of God be upon the family during their time if breavment.
Rosalyn Anderson
October 22, 2017
You will live on in our hearts.
Sherree Hatcher
October 22, 2017
Rip Pepper
Sandy Owens
October 22, 2017
Sandy Owens
October 22, 2017
I will always think of Pepper when I hear, I have fought the good fight, I have finished the race, I have kept the faith. 2 Tim 4:7. Our hearts are heavy with such a loss, as he has touched so many lives. Praying continually for each of you!
Lynn Romeo
October 22, 2017
Doris and Lin Wilson
October 22, 2017
Showing 1 - 40 of 40 results