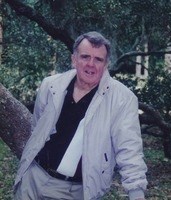 Bernie was born in Brooklyn, NY on June 25, 1933. He married his childhood sweetheart, Margaret, in February 1955. They were married for more than 66 years and raised three children.

Bernie enlisted in the U.S. Air Force in 1952 and proudly served our country for 22 years. Bernie was a Cold War veteran in the US Air Force. Early in his career he flew B29 airplanes, "chasing clouds" and monitoring atomic atmospheric conditions in the South Pacific after US atomic bomb tests. He also flew missions monitoring the atomic testing of other countries in other parts of the world. Toward the end of his Air Force career he was assigned to the 89th Airlift Wing at Joint Base Andrews flying missions on Air Force Two. He flew with dignitaries such as Dr. Henry Kissinger, the First Lady, Prime Minister of Israel Golda Meir, John Wayne, Dr. Billy Graham and even his childhood crush, Shirley Temple. After leaving the Air Force he worked 20 years for US Customs training agents who help protect our country.

Bernie, having grown up in Brooklyn, developed a love of basketball, playing streetball with some who became stars. He always enjoyed watching a good game. He later became an avid runner and participated in many local races in Georgia. He had the best time for his age group in many of these local races.

In November 2019, Bernie was honored to be selected to join fellow veterans in visiting our war memorials in Washington DC with Honor Flight New England. It was an extremely intense and meaningful day for him as an Atomic War Veteran. He was very proud of his service to our country.

Bernie is survived by his wife of 66 years, Margaret; his son Thomas and his wife Sue; his daughters Cynthia and her husband Steve, and Charlene and her husband Joe. He had 7 grandchildren and 7 great-grandchildren with another one due any day. He was a loving husband, father, grandfather, and great-grandfather who was extremely proud of his entire family. He will be greatly missed.

Please raise a glass (Bernie liked a good scotch!) and say a toast to a life lived well: "Until we meet again, may God hold you in the palm of his hand."

In lieu of flowers, please consider making a donation to Honor Flight New England: https://honorflightnewengland.org/donate/ in his memory. 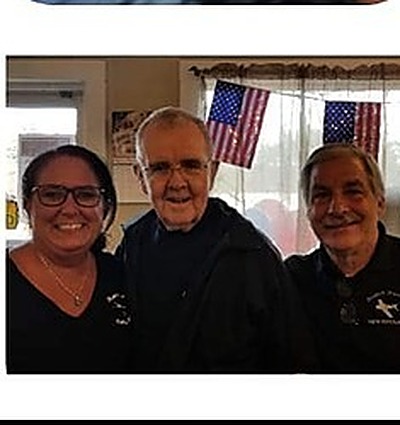 I was lucky to have been a tiny part of his life for 20 years cutting his hair..always the best stories and happiest demeanor. Bernie was a one of a kind special people in my life. I will miss him from the bottom of my heart.
Kate Williams
September 14, 2021
When someone you love falls asleep in death the memories of them become our treasure. My sincere condolences to the family. May the God of all comfort bring you peace. 1 Cor. 1: 3,4
Cherry
September 11, 2021
Offering our deepest condolences at this difficult time.
Jellison Funeral Home The staff at Jellison Funeral Home
September 10, 2021
Showing 1 - 3 of 3 results