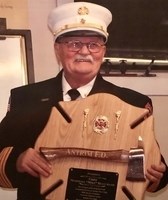 Mike was born in Cheboygan, MI to Gerald and Edna (Ramsay) Beauchamp on January 29th, 1939. Mike was not born alone, as he entered this world with his beloved twin, Marcia. Mike had six other siblings Gerald, Joseph, Patric, Carole, Jane, and Suzan. His family moved to Antrim in 1958 settling in on Concord Street and his roots grew into the community from there. Antrim became his place on this earth.

Mike in his late teens found the love of his life in Antrim, Joy. He and Joy were married July 2nd, 1960. They began their family, having four wonderful children Brenda Lee, Betsey Lyn, Barbra Joy, and Bonnie Sue. They had a blessed life with many memories, some of them including trips to Hampton Beach, Michigan, Monadnock Paper Mill Clam Bakes, Fire Musters, and Hicksville, New York.

Mike was a provider for his family, he was employed by the Monadnock Paper Mills, Inc. for fifty years. He was a hard worker, and quickly filled the years with many friends. He made lifelong bonds and enjoyed his annual Christmas shopping with the boys.

In 1966, Mike joined the Antrim Fire Department. In 1973, he was the driving force to establish the Antrim- Bennington Rescue Squad. In 1989 he became Chief. Mike sacrificed and served a greater purpose, his empathy and selfless nature to help others was beyond the touch of this world. Within the department he grew a second family and led with great pride and trust in his crew. He helped, supported, cared, and saved so many people over the years. While the department was his rise and shine all ventures come to a slow end, in 2014 he retired as Chief. Though not ready to hand in his handle 2C1 Mike continued both the Antrim Ambulance until 2017 and Antrim Fire Department until 2018. This man served more than half his life to his community and his service continues forever on within those he saved and their families.

While Mike was a career and community focused man, his number one joy in life was his family. If you ever wanted to see a man smile, fill his home with family. Mike was adamant about the importance of family and sticking together. He was the voice of reason, compassion, acceptance, and true love. In family squabbles he was the diffuser, in times of hardship the man that hugged you, and in moments of celebration the one with the fullest heart. His legacy will never leave his family that he loved ever so much. He gave them so much love that it would continue to be passed along to every generation.

He enjoyed college football and was a devoted fan of the New England Patriots and Boston Red Sox.

Visitation has been respectfully omitted at his request.

The family will host a celebration of life at the Hillsboro American Legion, Post 59 at the conclusion of services.

The family has asked that, in lieu of flowers, contributions be made in memory of Mike Beauchamp to either The Grapevine Family & Community Resource Center, 4 Aiken Street, P.O. Box 637, Antrim, NH 03440, or Granite State Hospice VNA, 30 Pillsbury Street, Concord, NH 03301.

At the request of the family, an opportunity for a time of sharing and reflection can be expressed on the online guestbook for Mike located at www.dyer-lakefuneralhome.com.

Arrangements are under the direction of Timothy R. Nay of the Dyer-Lake Funeral Home, 161 Commonwealth Avenue, Village of Attleboro Falls, North Attleboro, MA. 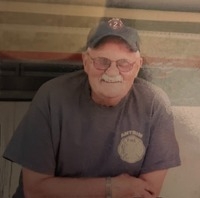 Published by Monadnock Ledger-Transcript on Sep. 28, 2021.
To plant trees in memory, please visit the Sympathy Store.
MEMORIAL EVENTS
Oct
2
Funeral
10:00a.m.
Antrim Fire Department
MA
Oct
2
Service
10:30a.m.
Antrim Baptist Church
MA
Funeral services provided by:
Dyer-Lake Funeral Home and Cremation Services - N. Attleboro
MAKE A DONATION
MEMORIES & CONDOLENCES
1 Entry
Our thoughts remain with you and your family at this time. We are honored by the trust and confidence you have placed in us during this difficult time.
The Staff of Dyer-Lake Funeral Home & Cremation Services
September 28, 2021
Showing 1 - 1 of 1 results