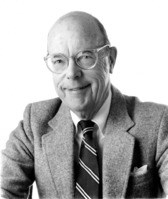 Peterborough, NH — Dr. Robert "Bob" Day Weathers, a resident of Peterborough, died peacefully with his family by his side on October 24th at the age of 97.

For his entire professional career, Dr. Weathers practiced dentistry in Peterborough, retiring after 37 years. He turned over his practice to doctors Nieskens and Yoe in 1988.

Born July 10, 1924, Dr. Weathers was the youngest son of Harry Daniel Weathers and Kate Gertrude Walker of Concord, NH. Following graduation from Concord High School in 1942, he began studies at the University of NH, but completed only one semester before being drafted into the army. After military 'boot camp,' he was initially sent back to school, where he took engineering and pre-med courses and was trained as a combat medic. He eventually joined the 305th Infantry, 77th Division in the Battle of Okinawa, where he earned the Combat Medical badge, a Bronze Star, a Silver Star, and a Purple Heart. After the war, he served in the American Occupation of Japan.

In 1946, Weathers returned to Concord where he met his future wife, Mary Louise McGinnis. Thanks to the 'G.I. Bill,' he returned to the University of NH, and within a few years he was accepted at Tufts Dental School. In 1951, he and Mary Lou moved to Peterborough, where he joined the dental practice of Dr. Charles T. "Pete" Lawrence. In 1956, he opened his own practice in the apartment complex at the bottom of High Street; in 1962, he moved his office to the Professional Building on Grove Street.

During his career, Dr. Weathers served as President of Monadnock Dental Society, was a member of the NH and National Dental Societies, as well as a dental staff member of the Monadnock Community Hospital. A long-time parishioner of All Saints' Episcopal church, he served in many capacities, including two stints as Senior Warden. He was a board member, as well as Chairman of the Board, for the Scott Farrar Home, the Goyette Committee, the Peterborough Historical Society, and the Peterborough Savings/Primary Bank. He also served on the boards of the Monadnock Chorus and the Peterborough Players.

Dr. Weathers had many interests and hobbies. An avid outdoorsman, he had a life-long interest in gardening, skiing, tennis, and mountain climbing. He was a founding "charter" member of the Peterborough Indoor tennis Court. Following the 1970s energy crisis, he built a passive solar 'envelope' house where he and Mary Lou cultivated their extensive gardens and entertained many guests with their gourmet cooking. In his eighties, he took up painting (watercolor and oil), leaving a rich artistic legacy for his family.

There will be a private burial, and a celebration of his life to be scheduled later.

In lieu of flowers, donations may be made to All Saints' Church and/or the Peterborough Historical Society.

To share a memory, or to leave the family a message of condolence, please visit Dr. Weathers' tribute page at www.jellisonfuneralhome.com
Published by Monadnock Ledger-Transcript on Oct. 28, 2021.
To plant trees in memory, please visit the Sympathy Store.
MEMORIAL EVENTS
To offer your sympathy during this difficult time, you can now have memorial trees planted in a National Forest in memory of your loved one.
Funeral services provided by:
Jellison Funeral Home and Cremation Services
MAKE A DONATION
MEMORIES & CONDOLENCES
2 Entries
We would like to share our sympathies and condolences to Dr. Bob´s family. He is the special person and was like a father to me. I worked for him for many, many years. I am very sorry for your loss. I just truly loved him and M.L. Rest In Peace my friend. So glad I got to see you. Especially glad you got to see what a great person Ashley grew into.
Nancy Sansevieri, Ashley and Tyler Skiba
Work
October 28, 2021
Offering our deepest condolences at this difficult time.
Jellison Funeral Home The staff at Jellison Funeral Home
October 26, 2021
Showing 1 - 2 of 2 results