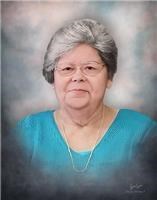 Lonnie Sue received her ultimate healing after a long battle with end stage renal failure and calciflaxois. She went peacefully with her two faithful caregivers, Suzie Stephens and Bonita Berry, by her bedside.

We would like to thank Suzie for taking such good care of her during the last few months.

Lonnie Sue was preceded in death by her parents, Lonnie Ashworth and Elizabeth Suzanna Bolton Ashworth.

She is survived by her children, Kimberly Ashworth and John Thomas both of Clifton, LA. grandchildren, Noah Thomas and Nicolas Ashworth both of Clifton, LA, one brother, Sam Ashworth of Leesville, LA, four sisters, Bobbie Benson, Bonita Berry, Charline Canady all of Leesville, LA, and Tammy Vincent of Gainsville, GA, the father of her children, Edward Thomas of Clifton, LA,and a host of extended family. Pallbearers will be Marvin Borel, Jonathan Berry, Perry Tyler, Billy Benson, Bradly Benson, Chris Canady, Lonnie Ashworth, and Bryan Cook.
Published by Leesville Daily Leader from Jan. 15 to Jan. 24, 2021.
To plant trees in memory, please visit the Sympathy Store.
MEMORIAL EVENTS
To offer your sympathy during this difficult time, you can now have memorial trees planted in a National Forest in memory of your loved one.
MAKE A DONATION
MEMORIES & CONDOLENCES
0 Entries
Be the first to post a memory or condolences.