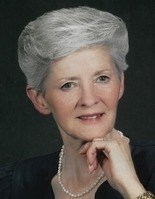 BORN
1942
DIED
2021
FUNERAL HOME
Oberlin-Turnbull Funeral Home & Crematory Lynn Street Chapel
206 N Lynn St
Bryan, OH
Carol J. "Kit" Francis
Van Wert, OH - Carol J. "Kit" Francis, 78 years, of Van Wert, Ohio, and formally of Bryan, Ohio, passed away Saturday, July 10, 2021, in her residence, with her family at her side. Carol was born August 8, 1942, along with her twin sister Maryl Jean, in Adrian, Michigan to the late Howard A. and Catherine R. (Jordan) Darm. She was a 1960 graduate of Adrian High School. Carol married Dale Wood in June 1961. She then married Tom Francis in 1983, and he preceded her in death on April 2, 2009. Carol worked as a receptionist and secretary for Dale Ikle, CPA, the Bryan Clerk of Courts for six years. Carol then worked as a Supervisor for Guardian
Securities. Moving to Ocala, Florida, Carol worked for Publix Supermarkets. She was a member of College Road Baptist Church in Ocala, Florida. Carol enjoyed sewing, crocheting and making Christmas gifts for others. She truly treasured the time she could spend with her family and her dog, Gator Girl.
Surviving are her two children, Crystal Francis Clark of Van Wert, Ohio and Eric (Lori) Francis of Auburn, Indiana; three grandchildren, Cristen (Josh) Merillat of Montpelier, Ohio, Joseph Francis of Auburn, Indiana and Chase Francis of Auburn, Indiana; two great-grandchildren, Arie and Ellie Merillat; one sister, Kathy (Ron) McCann of Auburn Hills, Michigan. She was preceded in death by her parents; two husbands and three sisters, Alice Funk and her twin sister, Maryl Jean "Mickie" Monroe, Pamela Mason; one brother Richard Darm.
There will be no visitation or services at this time. Private Graveside funeral services will be held at a later date in Shiffler Cemetery, Bryan, Ohio. Arrangements are under the care of Oberlin-Turnbull Funeral Home, 206 North Lynn Street, Bryan, Ohio.
In lieu of flowers, the family has requested that those planning an expression of sympathy are asked to consider memorial contributions be made to Fraternal Order of Police.
Condolences may be sent to the family or memories may be shared at www.oberlinturnbull.com
Published by The Daily Telegram from Jul. 13 to Jul. 14, 2021.
To plant trees in memory, please visit the Sympathy Store.
MEMORIAL EVENTS
To offer your sympathy during this difficult time, you can now have memorial trees planted in a National Forest in memory of your loved one.
Funeral services provided by:
Oberlin-Turnbull Funeral Home & Crematory Lynn Street Chapel
MAKE A DONATION
MEMORIES & CONDOLENCES
Sponsored by Oberlin-Turnbull Funeral Home & Crematory Lynn Street Chapel.
1 Entry
Carol was an angel and will be missed GREATLY. Her daughter, Crystal Francis Clark, or her son Eric Francis must contact me as soon as possible. My number is (903)390-6298. If no answer please leave a message. Love ya all, Peggy Grove
Peggy Grove
July 18, 2021
Showing 1 - 1 of 1 results