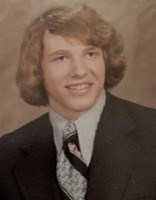 Timothy Lee Sevitts
Adrian - Timothy Lee Sevitts, 63, passed away on April 16, 2021 in Adrian, MI.Tim was born on January 20, 1958 to Leroy and Barbara (Dempsey) Sevitts. He was baptized and confirmed at St. Joseph Catholic Church. He was part of the class of 1976 at Adrian High School. Tim worked at a local car wash for several years and as many people would attest, he took great pride in the job he did. He also had a love of bicycles and there are many memories of him riding his unicycle as a teen- he was a pro!
Tim is survived by 5 sisters: Susan (CO), Sally (VA), Janet (MI), Mary (IA), & Julie (CO); several uncles, aunts, nieces, nephews, and cousins.
Tim is preceded in death by his parents, grandparents, several uncles, aunts, and a few cousins. On June 27, 2021, Tim's younger brother, Jeffery (Jeff) Sevitts, from MN, joined him to be with our Lord in Heaven.
Tim was diagnosed with a mental illness as a young adult and continued to struggle with it his entire life. It's a comfort to know he is no longer fighting it and is now healthy and whole.
In memory of Tim, please pray for those suffering from mental illness and addictions.
Published by The Daily Telegram from Jul. 16 to Jul. 17, 2021.
To plant trees in memory, please visit the Sympathy Store.
MEMORIAL EVENTS
To offer your sympathy during this difficult time, you can now have memorial trees planted in a National Forest in memory of your loved one.
MAKE A DONATION
MEMORIES & CONDOLENCES
2 Entries
Mary,I'm so sorry for your Family's loss ,prayers Chris
Chris paulson
July 30, 2021
Rest In Peace, Tim. My thoughts and prayers are with your sisters Susan, Sally, Janet, Mary, and Julie. I´ll always remember the fun times growing up on Ormsby and Oakwood-sledding, neighborhood pick up ball games, your grandmother´s playground (how cool was that!), and the treehouse you built, although, no girls allowed! Rest easy, Tim, you were a great childhood friend.
Sharon Smith Ruud
July 16, 2021
Showing 1 - 2 of 2 results