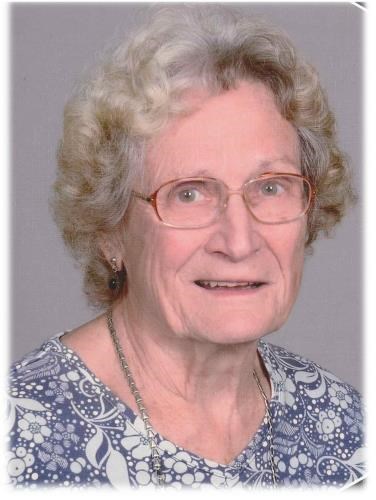 BORN
December 24, 1935
DIED
April 16, 2021
Le Center - Carol Jean (Erkel) Svoboda, age 85 of Le Center, passed away on April 16, 2021 at Mala Strana Health Care in New Prague with family by her side. Visitation will be on Thursday, April 29 from 4pm-8pm at the Schoenbauer Funeral Home in Montgomery. Funeral services will be held on Friday, April 30 at 11am at St. John Lutheran Church in Montgomery with Pastor Jason Pollington, officiating. Visitation will be held one hour prior at the church. Interment will be held in the St. John Lutheran Cemetery.

Carol was born on December 24, 1935 at her home in Le Center during a snowstorm to Ervin "Ole" and Pearl (Dahn) Erkel. Carol attended country school and then Le Center High School. Carol was united in marriage to Reuban Harvey Svoboda on September 16, 1954 at the St. Paul Lutheran Church in Le Center. Carol was very devoted to the "Friendship Wagon" for Camp Courage, St. John's Women of the Church, Altar Guild, Sunday School Teacher and the Le Sueur County Extension. She loved gardening, caring for the farm animals, cooking, playing cards, and dancing.