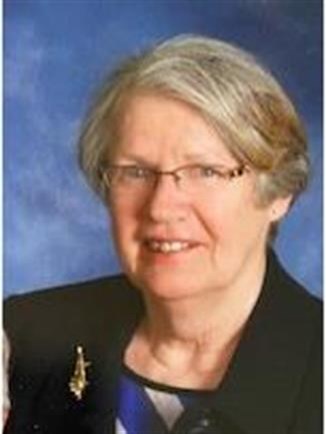 *Due to the church's restoration project, everyone must enter through the back of the church-Mill St., rides will be available from the downtown parking lot if needed.

Laura was born on July 14, 1942 to Ervin and Adelia (Wittenberg) Plieseis in New Auburn Township, Sibley County, MN. She graduated from Le Sueur High School in 1960. She was united in marriage to Conley J. Mediger on July 8, 1961; this July would have been their 60th wedding anniversary. Laura worked for several years at the Le Sueur Creamery and then later drove school bus for the Le Sueur-Henderson School District. She enjoyed her flower gardens. She also liked collecting glassware, and spending time with her pet cats.