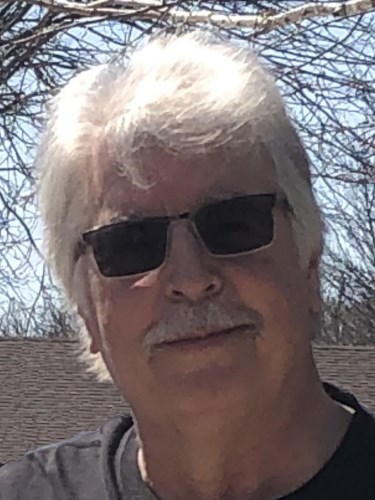 BORN
1955
DIED
2021
Jackson, Minnesota - Richard "Rick" Howard Garvin was born on October 20, 1955, to the late Bert and Laveryne (Sunderman) Garvin in St. Peter, MN. He grew up and attended school in Pierce, NE, graduating with the Pierce High School class of 1974. Rick continued his education, receiving a bachelor's degree from Brown College.

On November 27, 1982, Rick married Nancy Dianne Hom while living in the Twin Cities then started their family in his hometown of Pierce, NE, and later settled in Jackson, MN, in 1995. The marriage was blessed with three boys, Jim, Christopher, and Patrick. His greatest joy was spending time with his family and following their various activities. Throughout the years, Rick was an avid Huskers football fan and followed his sons' sports closely. He volunteered with different community groups, but his favorite pastime was riding his Harley with Nancy. They took many trips together, local and long distance, visiting family and making friends along the way. Rick will be remembered for his sense of humor, his dedication to his family and his ability to harass his son's significant others. He loved his son's girls and was thrilled to have his granddaughter, Elle.

Rick was dedicated and worked hard his whole life. Always on the move, whether doing his own work or with others, Rick was always there to lend a helping hand. He loved his early career days in radio and always said "It'd be a great way to make a living, if you only could."

Rick passed away unexpectedly on Wednesday, July 21, 2021, while working in Marshall, MN.

Rick is preceded in death by his parents, and sister, Linda Garvin.

Blessed be the memory of Rick Garvin.