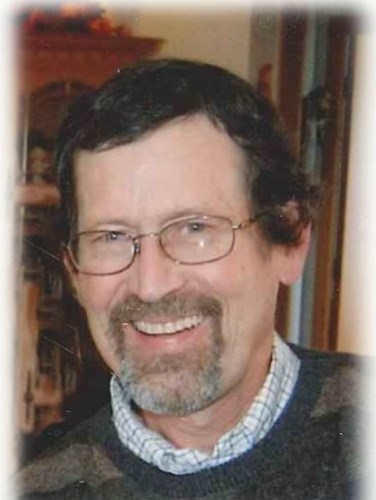 BORN
1952
DIED
March 8, 2021
Le Center - Ron Germscheid, age 68 of Le Center, passed away peacefully on Monday, March 8, 2021 at his home with his loving family at his side. Visitation will be on Sunday, March 14 from 4pm-7pm at St. Mary's Catholic Church in Le Center. Mass of Christian Burial will be on Monday, March 15 at 10am also at St. Mary's Catholic Church with visitation one hour prior. The service will be live streamed at https://www.facebook.com/StMaryStHenry/. There will be overflow viewing in the social hall. Social distancing and masks will be required. Burial will be at St. Henry Cemetery in St. Henry. Memorials are preferred and will be given to organizations that were important to Ron.

He was very social and loved getting together with his many friends. He enjoyed working in the yard and reading.

One of Ron's greatest interests was helping others. Over the years, Ron was a member of the KC's, a founding member of the Le Center Lions Club, the Community Club, the Le Sueur County Sheriff's Youth Project, and the Le Center Volunteer Ambulance Service. He helped coach youth football and helped at St. Henry Church, St. Mary's Church, American Legion Bingo, the St. Patrick's Day Celebration and the food shelf.

Ron is preceded in death by his parents, Bob and Dolores; niece, Katlyn Holicky; and parents-in-law, Bill and Agatha Collins.

The family would like to thank the wonderful medical professionals who cared for Ron since his cancer diagnosis in 2005. This includes the many doctors, nurses and staff at the Andreas Cancer Center and Mayo Clinic Hospice.

Arrangements are with the Le Center Funeral Home in Le Center. 507-357-6116. On-line condolences may be left at www.lecenterfuneralhome.com.
To plant trees in memory, please visit our Sympathy Store.
Published by Le Sueur County News from Mar. 17 to Mar. 18, 2021.
MEMORIAL EVENTS
No memorial events are currently scheduled.
To offer your sympathy during this difficult time, you can now have memorial trees planted in a National Forest in memory of your loved one.
GUEST BOOK
0 Entries
Be the first to post a memory or condolences.