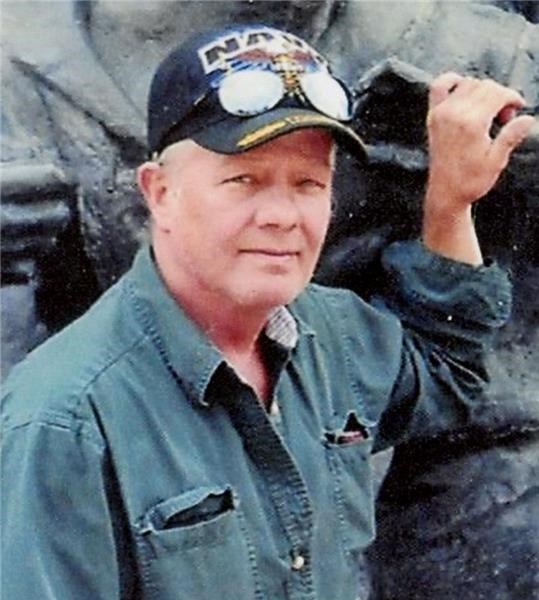 BORN
1955
DIED
2021
FUNERAL HOME
Reynolds-Love Funeral Home - Lexington
106 West 8th Street
Lexington, NE
Bruce Allen Anderson, 65, of Lexington, passed away peacefully at his home on Monday, July 12, 2021, with his wife and family by his side. A special thank you to our nurse, Jamie Tucker, for going above and beyond for our family and to the rest of the AseraCare Hospice Staff.
Funeral Services will be held on Thursday, July 15, 2021 at 10:30 a.m. at Reynolds-Love Funeral Home in Lexington with Pastor Rex Adams, officiating.
Visitation will be held on Wednesday, July 14, 2021 from 5-7 p.m. at Reynolds-Love Funeral Home in Lexington. The casket will be closed.
Interment with Full Military Honors will take place at Greenwood Cemetery in Lexington.
Bruce was born on Nov. 19, 1955, in Sioux City, Iowa, to Raymond and Delores (Oberman) Anderson. He attended public schools in Sioux City, Iowa. Following high school, Bruce enlisted in the United States Navy from 1974 until being honorably discharged in 1978. He served on the Destroyer USS Buchanan and Air Craft Carrier, The USS Coral Sea and also served in Hawaii and Vietnam.
In 1976, Bruce met the love of his life, Audra, and her daughter, Laurie, which he claimed as his own. They were married on Jan. 20, 1978, in Sioux City, Iowa. The couple moved to Grand Island, where Bruce worked as a diesel mechanic at Speedway and managed Mr. Lube and many town homes. They then made their home at Johnson Lake, where he started working at Orthman's Manufacturing. They lived at the lake for 14 years and then bought a home in Lexington. He worked at Orthman's for 31 years and eventually worked his way up to supervisor.
He was an avid lover of the outdoors, especially hunting and fishing. He loved target shooting and was also a member of the Grand Island Archery Club for many years.
He loved spending time with his grandsons, Tyler and Nathan. He enjoyed teaching them how to hunt and fish. They were his whole world. He had a fantastic personality, and anyone who knew him loved being around him. He was a hard worker and the best husband and provider anyone could ever ask for.
Bruce is survived by his wife, Audra of Lexington; daughter, Laurie (John) Richardson of Grand Island; two grandsons, Nathan Bush and Tyler (Shayla) Bush all of Grand Island; great-grandchildren, Bradley, Braydon and Taylor; brothers, Gary (Billy) Worster of Beatrice, Terry (Martha) Anderson of Portland, Ore., and Kevin (Kelly) Anderson of Portland, Ore.; sisters, Sherry Schellenberg of Scribner, Zena (Randy) vonHagel of Hawarden, Iowa, Linda Sanow of Le Mars, Iowa, Laurie (Mark) Baird of Portland, Ore., Susan (Dan) Bellanger of Portland, Ore., and Alicia Arens of La Mars, Iowa; sisters-in-law, Deannie Hudson of Holdrege and Carla Anderson of Jefferson, S.D.; nieces, Cheyenne (Jordan) Wiedel of Holdrege, Savannah Beck and special friend, Ryan of McCook, Stormie Hudson of Holdrege, Brandi Coufal and her children, Dylynn and Kelsey Coufal, Tenleigh and fiancé Axel (Kearney) all of Grand Island; nephews, Jaxon Hudson of Holdrege and Jamie (Amy) Bodfield and their children, Ethan and Evan Bodfield of Castle Rock, Colo.; as well as extended family and many friends.
Bruce was preceded in death by his mother, Delores Worster and step-father, Grandville "Shorty" Worster; father, Raymond Anderson; father-in-law, Paul Bodfield, Sr., mother and father-in-law, Dan (Audrey) Peppler; brothers, Raymond Anderson and Dwight Anderson; brothers-in-law, Paul "Buster" Bodfield, Robbie Bodfield and Mike Bodfield; Glenn Schellenberg and Pete Sanow; nephews, Robbie "Bub" Bodfield and Blue Bodfield.
Memorials are kindly suggested to the family for later designation.
Please share online condolences with the family by visiting: reynoldslovefunerahome.com
Reynolds-Love Funeral Home in Lexington is honored to be assisting the family with arrangements.
Published by Lexington Clipper-Herald on Jul. 14, 2021.
To plant trees in memory, please visit the Sympathy Store.
MEMORIAL EVENTS
Jul
14
Visitation
5:00p.m. - 7:00p.m.
Reynolds-Love Funeral Home - Lexington
106 West 8th Street, Lexington, NE
Jul
15
Funeral service
10:30a.m.
Reynolds-Love Funeral Home - Lexington
106 West 8th Street, Lexington, NE
Funeral services provided by:
Reynolds-Love Funeral Home - Lexington
MAKE A DONATION
MEMORIES & CONDOLENCES
Sponsored by Reynolds-Love Funeral Home - Lexington.
2 Entries
Through Audra I got to know the guy she spoke so highly of. Her love and pride in their relationship was and will continue to be a source of strength for my friend. The times I was around Bruce I found him helpful and generous with his time and resources. His help with charity functions showcased a selflessness that will remain an example to those fortunate enough to know him.
Mike Millican
July 14, 2021
Audra and Family, We are so sorry to hear of Bruce's passing. We send our love and prayers to you all.
Cyd and Ron Basurto
Friend
July 14, 2021
Showing 1 - 2 of 2 results