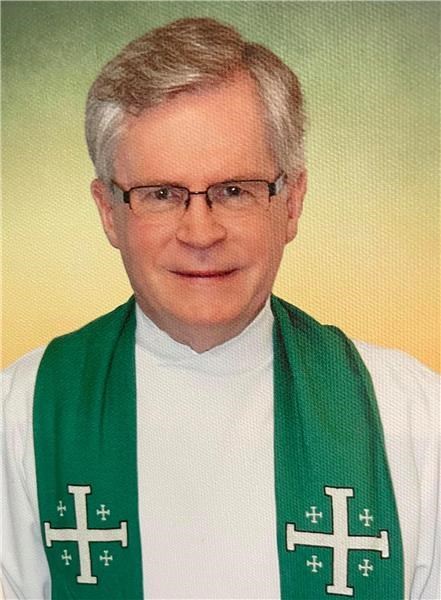 BORN
1948
DIED
2021
The Rev. Steven Wayne Mues, 73, was born on July 27, 1948, in McCook , grew up with his sister, Beth on a farm just east of Arapahoe, and died at Seasons Hospice House in Rochester, Minn. on July 29, 2021.
He graduated from Arapahoe High School, McCook Community College, and the University of Nebraska at Kearney with a BA Cum Laude. In 1973, he graduated from the Episcopal Divinity School in Philadelphia, Pa., with a Master of Divinity degree Cum Honoribus and received the Faculty Award for academic excellence. In 1994, Steve completed his formal education receiving a Doctor of Ministry degree with honor from United Theological Seminary of the Twin Cities.
Steve was ordained a deacon and then a priest in the Episcopal Church in 1973. He served first as an assistant at Holy Trinity Episcopal Church in Lincoln, Nebr., and later returned to that church serving as their rector. He also served his home parish St. Paul's Episcopal Church in Arapahoe while working on his family's farm. He was rector of St. Luke's Episcopal Church, Rochester, Minn. for 14 years, CEO of St. Jude's Ranch for Children in Boulder City, Nev., during a transitional period, and then retired as rector from St. Stephen's Episcopal Church, Wichita, Kan. After retiring to live in Rochester, Steve continued to serve area southeastern Minnesota churches as supply and part time before completely retiring. Never a placeholder, Steve always wanted to make a difference. Throughout 45 years actively engaged in ministry, Steve touched so many lives. Remaining a bit of a kid himself as an adult, he loved to work with youth. His sermons were sprinkled with his trademark sense of humor while simultaneously offering insights into biblical stories and how they speak to current times and lives. Rest in peace faithful servant.
Steve and his wife Marilyn were married Sept., 2, 1969, and they had one daughter, Stefanie Thackeray. He was preceded in death by his parents Wayne and Dorothy Mues of Arapahoe and leaves to mourn his wife, Marilyn, daughter Stefanie (Dennis) Thackeray, and two grandchildren, Black and Kyle Thackeray all from Rochester; and one sister, Beth Roper, Kearney; as well as two nieces and three nephews.
Steve enjoyed reading especially mystery stories, canoe/camping in the Boundary Waters, and hunting and fishing. His greatest joy came from "being close to family and walking his journey with Marilyn." Together, Steve and Marilyn experienced too many blessings to count, knew many interesting people, and overcame many challenges.
Interment will be in Woodlawn Cemetery, Winona, Minn., with a private family graveside service with his longtime friend Rev. Larry Green officiating. Suggested memorials in his name are the Kansas Humane Society in Wichita, Kan., Paws and Claws or Camp Companion animal rescues in Rochester, Minn., or McCook Community College.
The family wishes to thank the staffs of Mayo Hospice and Seasons Hospice House for their kind care during Steve's final days.
Published by Lexington Clipper-Herald on Aug. 7, 2021.
To plant trees in memory, please visit the Sympathy Store.
MEMORIAL EVENTS
To offer your sympathy during this difficult time, you can now have memorial trees planted in a National Forest in memory of your loved one.
MAKE A DONATION
MEMORIES & CONDOLENCES
0 Entries
Be the first to post a memory or condolences.