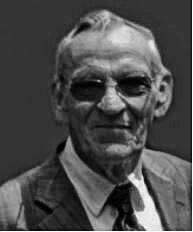 LIMA — Carl Raymond Harmon, age 85, passed away on November 26, 2021 in Hendersonville, Tennessee. He was born on February 9, 1936 in Nimmons, Arkansas to the late Charlie Lee Harmon and Mary Gerdie Ridgeway. He married Shirley Forestine Abercrombie on November 27, 1954 in Ferndale, Michigan. They enjoyed 66 years together before she left to be with the Lord in June 2021. His family finds comfort in knowing he passed in time to celebrate their 67th anniversary in heaven together.

Although he never had much as a child, he grew up to be generous with both his time and money. He was very talented in all that he did and was willing to lend a hand whenever possible. Even in his later years when he could no longer assist, he was a welcomed "supervisor" for many family projects.

Carl graduated in 1953 from Piggott High School. He moved to South Lyon, Michigan shortly after high school where he met the love of his life, Shirley. He worked for Michigan Seamless Tube Mill for 11 years before beginning to work for Ford Motor Company in 1965 where he retired in 1995. He was a Machine Repair Journeyman and licensed auto mechanic. He was a licensed real estate agent and was also a carpenter, building several houses.

Carl and Shirley started their life together in South Lyon, Michigan where they spent many years as members of the First Baptist Church of South Lyon. He became an ordained deacon on January 9, 1972. After moving to Lima, Ohio he was a member of the Open Door Baptist Church.

Carl loved playing baseball. At the age of 17, he was offered a chance to move to Kansas City to play for the minor leagues as a catcher. Even though God had different plans for Carl, he spent most of his life playing ball including being on the 1979 Men's Slow Pitch Northville League Championship team.

Carl was a member of Springbrook Golf Club where on July 20, 2001 he shot a hole in one off the 6th tee. He spent many winters in Bowling Green, Florida golfing, playing pool, and tinkering on various projects with the guys.

To send flowers to the family of Carl Raymond Harmon please visit our Tribute Store at https://www.phillipsfuneral.com/