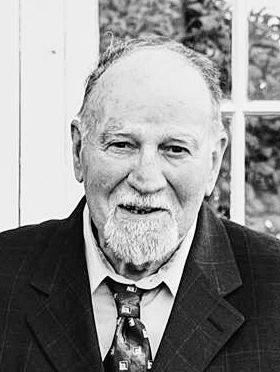 BELLEFONTAINE — Charles E. Smith, 83, passed away peacefully on December 25, 2020 at Riverside Methodist Hospital in Columbus. Charles was born on January 2nd, 1937 in Lafayette, OH to the late George Sr. and Vivian Smith.

Charles was a carpenter by trade and spent many years of his life in the carpentry business, even owning his own business at one point. In his later years, he worked as a handyman. He loved to work with his hands and especially loved woodworking. He enjoyed spending time with his family and his dogs, and loved being outdoors. He was also an avid Ohio State and Raiders fan. Charles was a very lovable and easy going man. He was easy to talk to, and a friend to everyone he met.

Due to COVID-19 precautions, services will be held for immediate family only. A celebration of life will be held at a later date, when it is safe to gather. In lieu of flowers, the family requests that donations be made to a Hospice of your choice. Arrangements are in the care of Jennings Farley & Seeley Funeral Home & Crematory

To plant trees in memory, please visit our Sympathy Store.
Published by The Lima News from Dec. 29 to Dec. 30, 2020.
MEMORIAL EVENTS
No memorial events are currently scheduled.
To offer your sympathy during this difficult time, you can now have memorial trees planted in a National Forest in memory of your loved one.
Funeral services provided by:
Jennings Farley Funeral Home
MAKE A DONATION
MEMORIES & CONDOLENCES
1 Entry
He was a good man and will be missed. Rest In Peace Charley
Randy Minnich
Friend
December 30, 2020
Showing 1 - 1 of 1 results