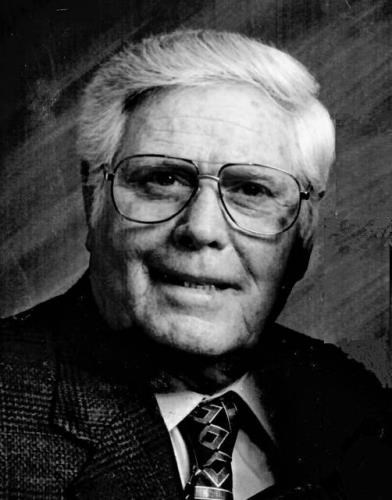 Charles was born on December 27, 1934, in Washington Courthouse, Ohio, to the late Robert D. and Edna (Sheridan) Smith. On March 17, 1956 he married Delores (DeWeese) Smith who preceded him in death.

Charles worked for Pennington Bread and Nickles Bread for a combined 40+ years. He enjoyed trains and John Deere tractors and spending time with his family and grandchildren. He acted as a neighbor to everyone he knew and would help out in any way he could.

He was preceded in death by his wife, parents, sister: Garland Mae, and brothers: Robert E. Smith, and Harold Smith, and son-in-law: Patrick Ahern.

The family will receive friends from 6 p.m. to 8 p.m. on Friday, January 15, 2021 at Chamberlain-Huckeriede Funeral Home. The funeral service will begin at 10 a.m. on Saturday, January 16, 2021 at the funeral home. Pastor Jim Neighbors will officiate. Burial will be at Memorial Park Cemetery, Lima, OH.

Memorial contributions may be made to Alzheimer's Association.

Condolences may be expressed at www.chamberlainhuckeriede.com.