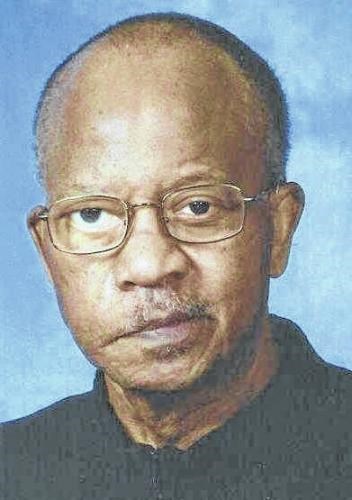 Mr. Seay was born on September 12, 1946 in Lima, Ohio to Chester Odell and Daisy Bell (Dillworth) Seay; both parents are deceased.

On July 26, 1969 he was united in holy matrimony to Georgia Ann Jacobs, she survives in Lima.

Mr. Seay worked as a Line Tech at Fruehauf Axel Plant and later at St. Rita's Medical Center and Shawnee Manor. He was a Veteran of the United States Air Force. Mr. Seay was a member of Fourth Street Missionary Baptist Church where he was a Church Trustee, served on the Usher Board and the Brotherhood of the Church. He was a member of the Laymen's group in Lima. He graduated from Lima Technical College as a STNA, he received a degree in Auto Technician from North Western. He was President of the Southside Neighborhood Association. Mr. Seay was the former Basketball coach at Whittier Elementary School and played softball for Sparkie's Fantastics.

He was preceded in death by a brother; Rufus Seay and In-laws; Jimmie & Johnnie M. Jacobs.

Services will be held on Thursday, May 17, 2018 at 12:00 p.m. at Fourth Street Missionary Baptist Church with Rev. Nathan Madison, officiating with Rev. Earnest Stephens, Jr., eulogizing.

To order flowers and to offer condolences to The SEAY Family, visit www.jonesclarkfuneralhome.com

Published by The Lima News from May 10 to May 11, 2018.
To plant trees in memory, please visit our Sympathy Store.
MEMORIAL EVENTS
To offer your sympathy during this difficult time, you can now have memorial trees planted in a National Forest in memory of your loved one.
Funeral services provided by:
Jones-Clark Funeral Home Inc
MAKE A DONATION
MEMORIES & CONDOLENCES
9 Entries
my heart is broken another good friend gone home to be with lord God bless this family
Larry Morgan
May 14, 2018
Ann/ Tasha very sorry for the pain and sorrow you are now going through. Be assured GOD is standing with you.
Nancy/Milton Grant
May 14, 2018
My condolences to the Family.
Linda Irons
May 12, 2018
Praying for the family so sorry for your loss!
Willie & Jean McGUIRE
May 11, 2018
So Sorry for your loss Tasha
Brandy
May 11, 2018
Donald, Sorry for your loss. George Schiffer
May 11, 2018
My sincere condolences to the entire Seay family.This is my family too. I love each and every one of you. May GOD comfort you in this time of brevement.Love, Love, Love ya'll!!❤
Margaret ( Ulmer) Pryor
May 11, 2018
R.I.P. my friend.
William Godsey Sr
May 10, 2018
My heartfelt condolences to Ann, Tasha & all Kings brothers & sisters. I knew him as a very positive energy person who always had a smile & a hug for me and everyone else. God has another angel now in King & he is home. Prayers & love.
MaryBlanche Hengstler
Acquaintance
May 10, 2018
Showing 1 - 9 of 9 results