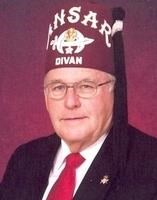 BORN
1942
DIED
2016
FUNERAL HOME
Fricke-Calvert-Schrader Funeral Home Mt. Pulaski Chapel
202 North Lafayette Street
Mount Pulaski, IL
David K. Reynolds 1942 - 2016
SPRINGFIELD, IL - David K. Reynolds, 74, of Springfield, passed away at 7:31 p.m., Friday, Oct. 28, 2016, at Memorial Medical Center in Springfield.
David was born Jan. 14, 1942, in Bloomington, Ill., the son of Warren "Bill" and Dorothy (King) Reynolds. He married Gloria Scott at Grace Methodist Church in Decatur on July 15, 1961.
Surviving are his wife, Gloria of Springfield, Ill.; one son, Bill (Kristy) Reynolds of Mt. Pulaski, Ill.; one daughter, Janet (David) Johnsen of Marion, Texas; one brother, Daniel (Cathy) Reynolds of Lititz, Pa.; five grandchildren: Mary, Katy, Bethany, Jacob and Jessica; and one great-granddaughter, Falon.
He was preceded in death by his father; mother; stepfather, James Doyle; and granddaughter, Jill Denise Reynolds.
David worked with heavy machinery for MRS Machinery and West Side Tractor in Naperville. He retired from Roland Machinery in Springfield.
He was a member of Mt. Pulaski First United Methodist Church, Carlock Masonic Lodge #904, Valley of Springfield Scottish Rites, Ansar Shrine, Past Master of Carlock Lodge, New Salem Shrine Club, and current president of Ag Corps.
Services for David will be at 10 a.m., Wednesday, Nov. 2, 2016, at Fricke-Calvert-Schrader Funeral Home in Mt. Pulaski.
Visitation will be from 4-7 p.m., Tuesday, Nov. 1, 2016 at the funeral home, with Masonic Rites at 7:30 p.m.
Burial will be at a later date at Mt. Pulaski Cemetery.
Memorials may be made to: First United Methodist Church of Mt. Pulaski.

DAVID WAS PRESIDENT AND A MOST ACTIVE
MEMBER IN OUR UNIT. HE WILL BE GREATLY
MISSED BY THE ENTIRE MEMBERSHIP.
JOHN NEECE
November 4, 2016
My condolences to you Gloria and your family. Dave's friendly personality will not be forgotten. Such a great guy!
Cherri Williams
November 3, 2016
Dave's Family,
When words become meaningless, please know, you are in our Prayers and ever so close to our Heart. We are Sorry for the passing of Dave. He is now one of your Guardian Angels. God has Welcomed a wonderful Person thru the Golden Gates of Heaven. Rest In Peace, Dave. You will be missed.
Harry & Pam Stark
October 31, 2016
Gloria, I'm so sorry to learn of Dave's passing. Just saw Dave a few months ago at Old Luxe & we were exchanging heart surgery stories. My sincere & heartfelt sympathy during this very difficult time.
Sharon Bell
October 31, 2016
So sorry to hear of Dave's passing. He was a great neighbor, that I will miss seeing walking around the block.
Melissa Thompson
October 31, 2016
Gloria and family, we are so sorry to hear of Dave's passing, our hearts go out to you all at his time. Dave was such a great person, neighbor and friend to all who knew him. Our prayers are with you.