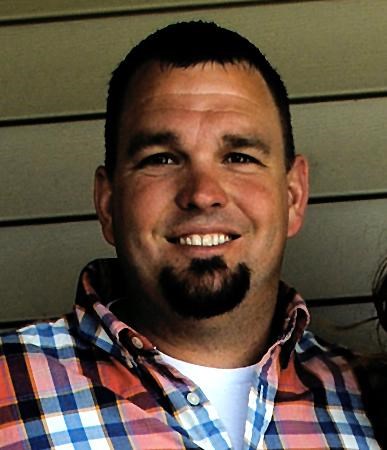 ARMINGTON, IL - David Wayne Tackett, 33, went to be with his maker on Oct. 11, 2014. He was born January 28, 1981, in Peoria, Ill., to Ronald D. Tackett and Susan (Tisdale) White. He was raised in Armington, Ill., and graduated Olympia High School in 2000. He graduated Lincoln College and attended Eastern Illinois University.

He is preceded in death by his maternal grandfather, Lee (Pete) Tisdale, who passed his love for music on to David, and paternal aunt, Brenda Tackett.

He was employed with Golden Dog Underground, McLean. He worked with Wayne's Music World to provide DJ services. He was well known as DJ Dave.

David was known best for his infectious smile and his ability to entertain and make others happy through life and his music talent. On a more serious note, David deeply loved his family and had a special way with all kids. One of the passions that David had was teaching wrestling so that others could achieve State honors as he did in 2000 as a 140 lb. Class A State Champion. He was inducted to the Olympia Hall of Fame in 2009 for his achievement. David had a big heart that was open to all. He will be dearly missed by so many that loved him and shared life with him.

A visitation will be held Friday, Oct 17, from 4-8 p.m. at Good Shepard Lutheran Church at 101 East Garfield, Minier, Ill.

A private burial will be held at Funks Grove Cemetery Saturday morning, Oct. 18, followed by a Celebration of Life Service at 10:30 a.m., held at Good Shepard Lutheran Church, Minier.

In lieu of flowers, a memorial is set up at Atlanta National Bank under David Tackett's Family Memorial Fund.

Published by The Lincoln Courier from Oct. 15 to Oct. 16, 2014.
To plant trees in memory, please visit the Sympathy Store.
MEMORIAL EVENTS
To offer your sympathy during this difficult time, you can now have memorial trees planted in a National Forest in memory of your loved one.
MAKE A DONATION
MEMORIES & CONDOLENCES
6 Entries
Our thoughts and prayers are with you in your time of grief. May your memories bring you comfort.
theresa funk
October 17, 2014
Very sorry for your loss. Whenever I saw Dave he always had a smile on his face. God bless.
October 15, 2014
so very sorry for dave,s loss, he was a good man , dawn bland
October 15, 2014
We are so sorry for your loss our thoughts and prayers are with your family.
Dustin/Kari Matson
October 15, 2014
This will stay lit for a special person who will be watching over so many from above
October 15, 2014
I am very sorry to hear of Davids passing, my deepest sympathies go out to you all.
richard spencer
October 15, 2014
Showing 1 - 6 of 6 results