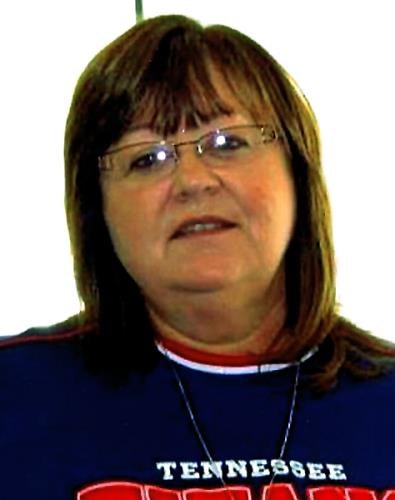 No services are scheduled at this time.

Cremations rites have been accorded.

Jacqueline Kay Crank was born Sept. 17, 1959, in Lincoln, the daughter of Jack Gross and Darlene Sublett. She married Mike Crank on Dec. 3, 2007. He survives.

Jackie graduated from Olympia High School in 1977. She was employed at Frontier Mutual Insurance in Lincoln as a Claims Manager. She enjoyed camping, traveling, and spending time with her grandkids. She was a loving wife, mother and Nanna.

Memorials may be made to the family.

Quiram Peasley Funeral Home is assisting the family with the arrangements.

Published by The Lincoln Courier from Jan. 26 to Jan. 27, 2016.
To plant trees in memory, please visit the Sympathy Store.
MEMORIAL EVENTS
To offer your sympathy during this difficult time, you can now have memorial trees planted in a National Forest in memory of your loved one.
Funeral services provided by:
Quiram-Peasley Funeral Homes - Atlanta
MAKE A DONATION
MEMORIES & CONDOLENCES
Sponsored by Quiram-Peasley Funeral Homes - Atlanta.
6 Entries
So sorry to hear this.
Debbie Smith Ball
January 27, 2016
My thoughts and prayers go out to you Mike, and the entire family. I'm so sorry to see of Jackie's passing. Take care of yourself and always remember you have friends you can count on if you need anything.
Laura Swearingen
January 27, 2016
We both had opportunities to work with Jackie and always respected and appreciated her.
So sorry to learn of her passing but glad we were able to know her.
Bruce and Sharon Heaton
January 27, 2016
I worked with Jackie many times over the years on fire claims. My prayers to her family and friends during this time.
Bill Fulk
January 26, 2016
I knew Jackie thro Frontier Mutual as my adjuster. I always enjoyed her banter and spirit. She was easy and fun to work with. In the insurance business, an adjuster can make a difference the way an insured perceives the company. In Jackie's case, she made Frontier Mutual a well liked company. Our agency is going to miss her. We are sorry for your loss.
Fred Jenks Insurance
Fred Jenks
January 26, 2016
Katie, so sorry to hear of the passing of your mom. My deepest condolences
Linda Ray
January 26, 2016
Showing 1 - 6 of 6 results