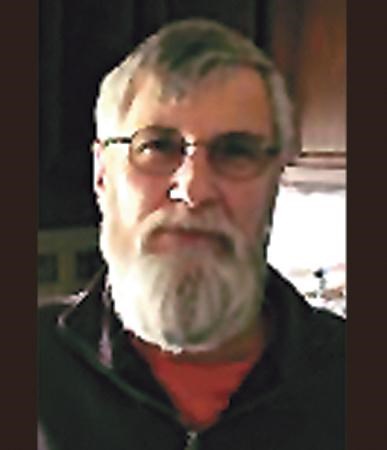 Funeral services for Mr. Combs will be held at 11 a.m. on Friday, May 8, 2015, at Quiram-Peasley Funeral Home in Atlanta.

Cremation rites will be accorded. Burial will be at Bethel Cemetery in rural Emden at a later date.

Kevin Lynn Combs was born Sept. 13, 1955, in Lincoln, Ill., the son of Melvin Frederick and Vivian Elizabeth Radley Combs. He married Christy B. Aughenbaugh on July 30, 1988. She survives.

He was preceded in death by one brother, Gary Combs; one sister, Marilyn Boward; and his parents, Melvin and Vivian Combs.

Kevin was a 1976 graduate of Olympia High School and the owner of Combs and Sons Construction. He was a member of the Methodist Church. His hobbies included woodworking, classic cars, hunting, fishing, supporting his children in their endeavors, and spending time with his grandchildren.

Memorial contributions may be made to: Journeycare Foundation, 405 Lake Zurich Rd, Barrington, IL or www.journeycare.org.

Published by The Lincoln Courier from May 6 to May 7, 2015.
To plant trees in memory, please visit the Sympathy Store.
MEMORIAL EVENTS
To offer your sympathy during this difficult time, you can now have memorial trees planted in a National Forest in memory of your loved one.
Funeral services provided by:
Quiram-Peasley Funeral Homes - Atlanta
MAKE A DONATION
MEMORIES & CONDOLENCES
5 Entries
Kevin, I never knew you. But I send my regards, to your family. Im so sorry. Ill be praying for youll.
lol lolve
April 28, 2017
Kevin's legacy lives on in the lives of all he touched most especially his family. He will be missed and he will always be loved. My prayers for the family.
Sandy Bina
May 8, 2015
So very sorry to hear about Kevin. He always helped with our apartments in Lincoln for my mom and I. He was a great man and will be missed.
Amy Chen
May 6, 2015
Lost touch over the years. My deepest condolences to the family. We went to high school together. I hope you hear from other classmates.
Marianne Groves Perkins
May 6, 2015
See you later Kevin !!!!! You were one of the good ones !!!!!!!!!!