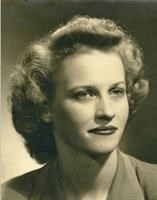 BORN
1922
DIED
2020
ABOUT
Delavan High School
Martha Allen Zumwalt 1922 - 2020
Bloomington, IL—Martha Allen Zumwalt, 97, of Bloomington passed away peacefully on Sunday, March 8, 2020 at Martin Health Center in Bloomington, IL. A celebration of life will be held this summer. Online condolences may be left at www.davisoswaldfh.com.
She was born June 11, 1922, in Delavan, IL to Ralph Jr. and Mary (Giles) Allen.
Martha graduated from Delavan High School in 1939 and continued her studies at the University of Illinois where she earned a bachelor's degree in Home Economics in 1943. While there, she was active in the Delta Delta Delta sorority and began dating Delmar Zumwalt. They were married on August 17, 1943. While Delmar was overseas during World War II, Martha worked at the Childcare and Development Laboratory at the University of Illinois.
After WWII, Martha and Delmar settled on a farm in New Holland, IL where they raised five children, passing on their strong work ethic and agricultural heritage. From 1956 to 1962, Martha started a kindergarten class in her home and then established the program in the New Holland Grade School. She went on to teach 5th grade in New Holland for many years. After receiving her master's in education from the University of Illinois in 1973, she taught 5th/6th grade math, language arts, and Title I reading at New Holland-Middletown Middle School.
After her retirement in 1984, Martha volunteered as an adult literacy tutor. She also enjoyed spending time with her children and grandchildren, international travel, winters in Florida, and tracing her ancestry back to the Mayflower.
She is survived by her children: Gene (Amy) Zumwalt, Verona, WI; Ann (Larry) Gerdes, Atlanta, GA; Connie Zumwalt (Steve Moffitt), Osprey, FL; Clark (Mary) Zumwalt, Delavan, IL; and Jack (Doreen) Zumwalt, Marion, IA. Her 11 grandchildren and three great grandchildren. She is fondly remembered by numerous nieces, nephews and cousins.
Martha was preceded in death by her parents, husband Delmar, and sisters Anna Louise (George) Farnsworth and Stella (Robert) Orwig.
In lieu of flowers or memorials, please read a book to a child in honor of Martha. 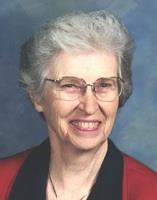 Published by The Lincoln Courier from Mar. 10 to Mar. 12, 2020.
To plant trees in memory, please visit the Sympathy Store.
MEMORIAL EVENTS
To offer your sympathy during this difficult time, you can now have memorial trees planted in a National Forest in memory of your loved one.
MAKE A DONATION
MEMORIES & CONDOLENCES
0 Entries
Be the first to post a memory or condolences.