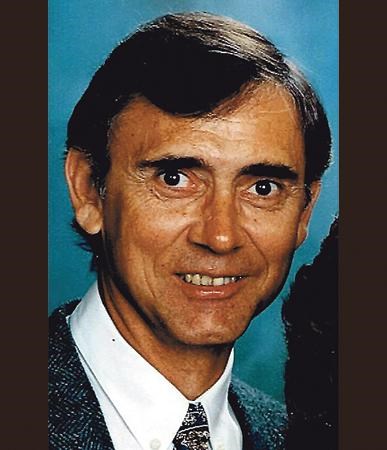 Funeral services for Mr. Baker will be held at 10 a.m. on Saturday, May 9, 2015, at Quiram-Peasley Funeral Home. The Rev. Paul Weber will officiate.

Burial will be at Atlanta Cemetery.

He was preceded in death by his parents; one sister, JoAnne Renfrow; and one brother, Bill Baker.

Ronnie was a 1962 graduate of Atlanta High School. He retired from Olympia High School District #16.

His hobbies included being a pianist, and he enjoyed restoring antique cars.

Memorials may be made to: The Atlanta Assembly Church .

Published by The Lincoln Courier from May 7 to May 8, 2015.
To plant trees in memory, please visit the Sympathy Store.
MEMORIAL EVENTS
To offer your sympathy during this difficult time, you can now have memorial trees planted in a National Forest in memory of your loved one.
Funeral services provided by:
Quiram-Peasley Funeral Homes - Atlanta
MAKE A DONATION
MEMORIES & CONDOLENCES
4 Entries
I remember Ron mostly from many years ago. He was my neighbor, living up the street not far from Renfrows and he worked @ the dairy queen!
Marianne Groves Perkins
May 8, 2015
I new Ronnie and most of his family all my life !!!! It will sadden me to know he is not down the street a short distance from my home !!!! May God bless you and your family in this time of sorrow. - Sambo
Samuel L. Adkins
May 7, 2015
Cheri, I am so sorry for your loss. I have a lot of good memories of Ron back in the day. May God's peace and grace surround you and you family at this time of grief. Love you!
Alice McCarthy
May 7, 2015
R.I.P. my friend.
penrod,
May 7, 2015
Showing 1 - 4 of 4 results