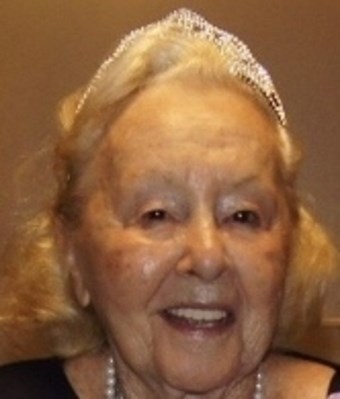 Southfield - Freda Rosenblatt, 91, of Southfield, died Jan. 21, 2018. Freda was an empowered woman beyond her time. She attended the University of Illinois and graduated with a Bachelor of Arts degree and then a Master of Social Work degree from Wayne State University. She worked as a social worker for the City of Detroit and the State of Michigan for more than 50 years. Freda began her professional career in the Department of Public Welfare and retired as Associate Director of Detroit Psychiatric Institute and its Director of Social Work when the facility closed in 1997. She is fondly remembered by her colleagues and coworkers for her drive, dedication, mentorship and especially for her tenacious advocacy for the treatment of an underserved community. She was very proud that she spent her entire professional public service career helping others.

Freda will be missed by her family members and friends of many years. She was the loving sister of the late Faye Fauman and the late Samuel Ross. She leaves behind her nephews Reuven (Karin) Fauman, Robert (Lou Ann) Ross, Mark (Theresa) Ross and her niece Rhonda Ross. She treasured the time she spent with her family members, including her five great-nieces, three great-nephews and their children and numerous cousins and extended family members. Graveside services were held at the Adat Shalom Memorial Park Cemetery. Arrangements by The Dorfman Chapel (248) 406-6000

Published by The Detroit News & Detroit Free Press on Jan. 23, 2018.
To plant trees in memory, please visit the Sympathy Store.
MEMORIAL EVENTS
To offer your sympathy during this difficult time, you can now have memorial trees planted in a National Forest in memory of your loved one.
Funeral services provided by:
The Dorfman Chapel
MAKE A DONATION
MEMORIES & CONDOLENCES
1 Entry
I'm happy to have known such a beautiful soul! I will miss her tenacious spirit!
Renee Merritt
Neighbor
January 29, 2018
Showing 1 - 1 of 1 results